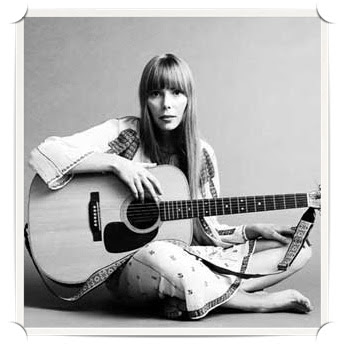 There are few sadder sights in the world than that of the once mighty, now fallen. A few days ago news came across that Joni Mitchell had, in a recent interview with the LA Times, belittled Bob Dylan as ‘a plagiarist, and his name and voice are fake. Everything about Bob is a deception. We are like night and day, he and I’.

These words have seemingly shocked much of the music media – Mitchell rarely gives interviews, and without these insights into her personality we are left making our assumptions based on the Mitchell of forty years ago, the Mitchell of Blue or Caught and Spark. In reality, she is in fact very much not the woman that she was in the early Seventies – plagued by insecurities and health issues, the Mitchell of 2010 is an uncertain creature, and someone who it is perhaps hard to criticise at this point in time. This is one of the two conclusions I have made in the past three days, as I have considered this blog, and my thoughts on Mitchell’s comments regarding Dylan. The second conclusion I came to was this: that I agree with everything Mitchell has said.

Yes, everything about Bob Dylan is a deception. But, really, are we surprised by this? We shouldn’t be. When, in 2007, Dylan’s life was made into a film biopic the only way to adequately portray the man on-screen was to hire six different actors to play the dramatically different facets of his life. He has, in his time, been a troubadour, a rock star, a poet and a college drop-out. Dylan is notorious for his early-year interviews, during which he would often give conflicting back stories about his past, and where he came from. Since his origins as an artist and a musician Dylan has never been entirely honest with us – like the most successful acts in the world (Madonna, Bono), Dylan is a man of many personae. It just so happens that he is also significantly better than the other masters of disguise.

And yes, of course Dylan’s name is fake. We all know this, and it has never been less than public knowledge. In the interview in question, Mitchell explained that she goes by the first name ‘Joni’ because her birth name of Roberta Joan was little more than a feminine twist given by parents who had hoped for a Robert John. Is this really different from the plight of Robert Zimmerman? Dylan has always said he never felt an affinity to that name. In his own words, “Some people – you’re born, you know, the wrong names, wrong parents.” Mitchell knows this better than most, and as such, perhaps night and day aren’t all that different after all.

And so, finally, Dylan’s voice. Is it his own? Is it someone else’s? Is Bob Dylan a plagiarist? Of course he is. Because, in so many ways, that’s what folk is about. It isn’t as if Dylan is stealing the words directly from other’s mouths – but the ideas, and the stories. Folk music is, in the end, about capturing the culture of the people, and maintaining the world of the people who came before you. To this end, folk music will always live and breathe on the remnants of other people’s ideas, and as such, plagiarism is as vital to Dylan’s career as his guitar, his voice and his many, many personae. When Joni Mitchell attempted to separate herself from Bob Dylan, all she managed to do was closer tie him to everyone in her profession.

35 comments for “Folked Up: Stephen Thomas on Joni Mitchell’s ‘jibe’ against Bob Dylan”