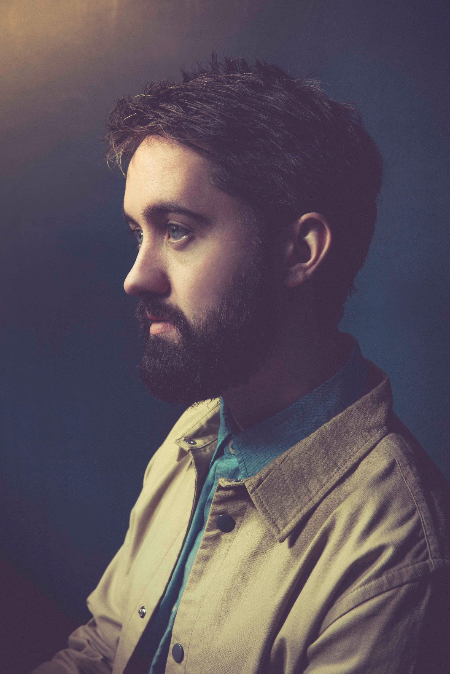 For a Villagers fan like myself, getting to not only listen to the new record, Darling Arithmetic, before its release, but to actually talk to the man behind the musical magic, Conor O’Brien, was probably akin to a Game of Thrones fan being personally handed the newest, unreleased novel in the series after a four year wait. I gave Conor a call at his home in Dublin to chat about being flawed, baring his emotions on the record, and how maths is the basis of everything…

Let’s start with a simple one; where did this record begin?

At home, really. Once we finished touring [Awayland] I just kind of set up in my home studio and started writing and recording. I think the whole process took about eight months. Throughout that I realised that I didn’t really want to bring it to a studio and I didn’t want to add anything to it. Everything you can hear’s basically my home recording demos – I tried to make them sound as posh as possible so it sounds like an album!

Did you have the initial intention of taking the Darling Arithmetic demos to the studio to record with a band, like you did with Awayland?

At the beginning I did. I kind of assumed I’d take it to the studio and play around with it a bit, but the songs became so personal and intimate. It became clear to me that the home recordings were where it was at because they were unguarded – I think when you take songs to a studio you can sometimes over think them, whereas these recordings and these performances were when I was writing the songs so I didn’t have that feeling of ‘oh someone’s going to be listening to this’; I was emoting and feeling the songs out and that’s what you can hear.

Is that quite scary, knowing now that people are going to hear those songs?

No it’s exciting! I’m not scared at all. I kind of like the way they’re imperfect and a bit flawed, you know? Like I am! [Laughs]

Although your previous albums have tracks that people will make emotional connections with, this is your first record where it feels like every track is personal. I wasn’t sure if you were writing them from the point of a character or if they really are all from your perspective…

No, it was just my own perspective. It’s the first time I’ve kind of let myself do that. I didn’t use any character studies. I just decided to write from pure feeling and I wanted to maintain a simplicity – I wanted each song to be about one thing. And I almost wanted the album to be about one thing. I think that before, maybe I was guilty of throwing 20 ideas into one song and trying to make something really smart and exciting, which was a cool project, but this time around I didn’t want to do that at all.

I guess when the process got more introverted the songs, weirdly enough, became more universal, which was strange and a nice discovery for me to make!

Darling Arithmetic is both the title of the album and one of the songs – why is that?

It felt like a bit of a centrepiece to the album. It’s a song about the bond of love, but from losing someone, from missing someone. I kind of liked the tension in the words – the way I wrote that song, I put the word arithmetic at the end of every verse because it was a lot easier than putting the person’s name. It was like a non-personal, non-human word – mathematic. It helped me write the song because it de-personalised it. But then when I finished the song I kept it in because I liked the weird tension it created and it had a lot of metaphorical value. It’s the basis of all, but darling is a term of endearment, so it’s kind of like saying your loved ones are the basis of everything in your life.

So this album is about ‘Arithmetic’ then?

Whoever she may be, yes…

Some of the references in this album reminded me of the issues attached in last year’s single ‘Occupy Your Mind’ – you’ve featured a song called ‘Little Bigot’, and then there’s the track ‘Hot Scary Summer’ with the line…

‘…on the corner’, yes. Are you trying to say something political with this?

Not at all. I was really writing purely from emotion. ‘Hot Scary Summer’ is really about the negative parts of relationships, or you know, the ending of a relationship, and when I started thinking about that and feeling that song out, that was tied in with my experiences of bigotry and homophobia, and it all just went in there as a big wash of emotion, I guess! It was quite therapeutic to write these songs. I had few teary moments with them. All on my own in my home studio, crying into my notebook [laughs].

What was the hardest song to write?

Maybe that one [‘Hot Scary Summer’]. I couldn’t get it right. I kept trying to record it and I couldn’t do it justice. I knew that there was a pretty powerful piece of music in there, but I just couldn’t get it. The arrangement wasn’t quite working… I kept trying and eventually I got a version that I’m really happy with now. Perseverance!

Having listened to the whole album, it feels like the opening track (and recent single) ‘Courage’ could also have come at the end – it sort of sums up the rest of the record…

I noticed that an image was posted on your Twitter recently from a forthcoming music video… Can you tell me what song it’s for?

It’s for the track ‘Everything I Am is Yours’.

What would you like people to take from the album when they hear it?

When I was writing the album…although it was really personal, I kind of wanted to leave enough space for people to put their own memories and experiences into the songs… to let the listener finish the song off. So I guess I want people to be able to feel it and be part of the experience of the songs rather than just feeling like it’s someone singing their diary entries at them!

Is there anything else about the record you’d like people to know about?

Look at the artwork! My friend Dave made the artwork. He did a painting for every song, so if you get the vinyl version, there’s some beautiful artwork inside. He painted it while listening to the early demos of the songs.

I don’t know yet. The tour’s pretty much the main thing in my head. I’m always writing bits, but this is just so fresh that I don’t know where I’m gonna’ go yet. The next album’s going to be the first album which I’ve got no previous material for. I’ve pretty much ran out of songs, so everything’s going to be completely blank for the next album, which is exciting but also terrifying as well!

Darling Arithmetic is out on the 13th April