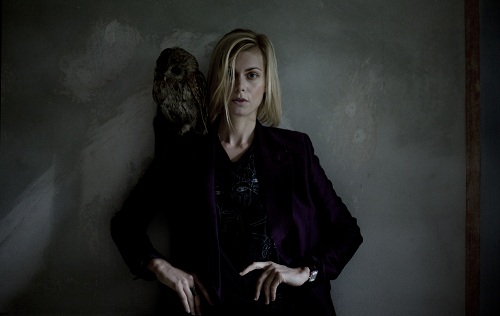 Anna Ternheim’s most recent album, The Night Visitor, utterly blew us away. With the intensity and inventiveness of Ane Brun, melancholic, synth-folk tones of Jennie Abrahamson and country sensibilities of Marissa Nadler, Ternheim isn’t afraid to explore different shades and textures. There’s a darker, Scandinavian timbre to first track, ‘Solitary Move’, which has all the beautiful, heart-wrenching acoustic guitar of a Jose Gonzalez song. Meanwhile, ‘Lorelei-Marie’ tips more than a nod to country and Americana, while ‘Ghost of a Man’ puts to the forefront Ternheim’s understated, utterly lovely vocal. Although she’s been quietly producing devastating records for some time, Ternheim has so far flown under the UK radar somewhat. Hopefully this will all be about to change – at least, if we have anything to do with it…

My name is Anna Ternheim,  I’m a swede who lives in New York who writes music for a living, I’m a guitar player and a singer.

The Night Visitor was recorded during 10 intense days in Nashville.  The album was engineered by Dave Ferguson, one of the greatest people I’ve ever worked with, he recorded Johnny Cash for a bunch of years. Matt Sweeney, producer and friend, brought me to Dave´s studio the Butcher Shoppe. The three of us collaborated closely and worked with some of the greatest musicians who live in Nashville.

Being away from home, family and close ones. That can be hard at times.

Early mornings, fresh air, swimming and riding my bike. Mountain biking like I’ve mentioned here is my absolute favorite activity. The smell of trees and the taste of delicious cold beer. Leaving places.

Get myself a beautiful house by the ocean, with space and tools where I can build amazing things. There,  I would throw a big party. Then put the rest to good use out in the world.

Another impossible question. Depends on the mood, time of day, state of mind. I have many favourite songs – ‘Love Song’ by The Cure breaks my heart in a sweet aching way, that’s one of them for sure.

Do what I do, more of it. Try to worry less, do more good ..it sounds easy but can be really hard at times. Staying strong in the mind and making music from my heart. Not let the everyday shit get in too deep

Nothing new, but older stuff well worth mentioning again and again. Mickey Newbury made my summer really sweet, Gordon Lightfoot as well.