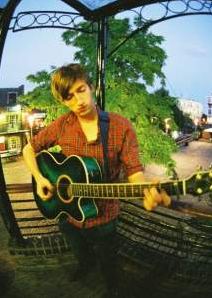 I grew up listening to a fair amount of Joni’s music, and though I engaged with it at a child, it only really struck me in the last few years what a truly amazing songwriter she is. One of the things I love most is the change of musical and lyrical styles throughout her career. This is noticeably apparent on ‘The Hissing of Summer Lawns’ – arguably one of the finest folk-jazz crossover records ever, it’s one of my favourite albums, and I’m not really into jazz that much at all. The songs I’ve chosen, however, are two of my favourites from the albums ‘Ladies of the Canyon’ and what many consider to be her masterpiece, ‘Blue’. They might be considered fairly obvious choices, but I simply adore these songs…
Conversation
I’ve mainly chosen this one as it’s a wonderfully written piece of music and a classic example of what Joni does vocally. I can’t think of many other singers of that style (and era) who even come close – tone, control and technique in abundance yes, but a wealth of emotion in every breath too. I love the way she can travel the course of pretty much her entire register in just a few notes, and in the same word – listen to the ‘secrets and sharing soda’ line in the second verse, and most times she sings the word ‘conversation’. Also – her vibrato is amazing – on the longer notes listen to how it’s that controlled that it’s perfectly in time with the guitar strumming. It’s a song about an affair of sorts, but one that is not concerned with lust and physical attraction, and instead
‘comfort and consultation/he knows that’s what he’ll find’
A fine piece of storytelling, about being put in a difficult and somewhat helpless position, one that is hard to escape –
‘She removes him, like a ring/To wash her hands/She only brings him out to show her friends/I want to free him’
I love the way her vocal jumps up the octave midway through certain notes and the end of phrases, with her voice remaining comfortable at either pitch. Amazing, and it’s something she does in the next one too…
A Case of You
Anyone who knows me well may also know this might just be my favourite song ever. Again, Joni’s vocals are incredible, understated where they need to be, and soaring in other parts too. But it’s really the lyrics (and their combination with the melody) that draw me in every single time. Though she’s arguably more fondly remembered for her voice and wonderful melodies, I think she’s a criminally underrated lyricist and storyteller, one of the best of her time (and since). This song probably shows Joni at her most confessional – one of the hardest things to do lyrically is to simply give yourself away to the listener without it sounding fake, cliched, cheesy, or over-earnest. She does none of these things, and instead is very careful with her words. There are a couple of lines that I think are amongst the most beautiful she has ever written, I particularly love the second verse, and her own references to her craft, especially the last two lines, stunning –
‘Oh I am a lonely painter/I live in a box of paints//I’m frightened by the devil/And I’m drawn to those ones that ain’t afraid/I remember that time that you told me, you said/”Love is touching souls”/Surely you touched mine”/Cause part of you pours out of me/In these lines from time to time/’
I think my relationship with this song pretty much matches the one that Joni is documenting – it’s such a sad song, but it pulls me in time and time again. For me, it perfectly sums up something that most of us have experienced – a relationship with someone that we know for the most part is no good for us, but we can’t stay away from them. And yet, it’s somehow uplifting at the same time. A pretty unconventional love song, if that’s what it must be called, and that is why I love it. If that makes sense….