Father John Misty is having a miserable time. God’s Favourite Customer makes that much perfectly clear. 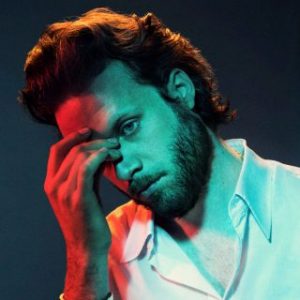 Pure Comedy featured a Josh Tillman who had it all figured out. He was churning out the press for months before the disc came out, and when it did the acclaim was universal. Yet God’s Favourite Customer almost feels like it’s being snuck out in the dead of night.

Tillman may be suffering, but his music isn’t. That much is clear from the album opener, ‘Handout At The Gallows’. “Trouble sleeping, my alarm goes off. So you wanna hangout at the gallows, those guys get an early start.” This isn’t the Father John Misty you’d expect after a highly hyped hit album, like Pure Comedy. It’s almost as if success was way too much for him.

Highlighting, or lowlighting, a stay at an unnamed hotel, ’Mr. Tillman’ illustrates a life that seems to be falling apart, even if he doesn’t recognize it at the moment. “And oh, just a reminder about our policy, don’t leave you mattress in the rain if you sleep on the balcony. Ok, did you have a pleasant stay, what a beautiful tattoo that young man had on his face.” About the only thing missing is a circus geek.

This is a release from a man who is licking his wounds and trying to figure what to do next. Is there a relationship to salvage or is the damage just too massive. It’s clear that this is going to take more than a bit of Bactine™ and a bandage. Not a man to walk away, Tillman picked up his pen and began the work of piecing his life back together. Only he was doing it in public.

Sonically, the palate is similar to Pure Comedy, but there is an undertone of sadness that pervades this disc. The piano seems to moan, especially on ‘The Songwriter’ where Tillman turns the tables on his lover by asking her, “what would it be like if you were the songwriter and loving me was your unsung masterpiece?” Closing the disc, ‘We’re Only People (And There’s Not Much Anyone Can Do About That’) offers little hope, “People, we know so little about ourselves, but just enough to wanna be nearly anybody else.”

So, at the end of the day Josh Tillman is miserable, but you’ll never hear misery so immaculately recorded, more boldly confessional, or more brilliantly rendered. Misery loves company, so listen in.