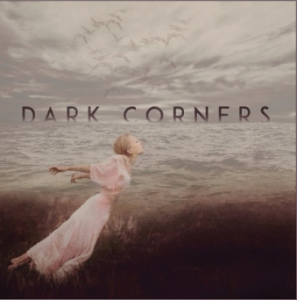 Long live the art of analog. While most mixes have moved on to the smoother, polished production of the digital age, some acts are keeping it so old-school that they’ll record their entire album on 2-inch tape. Such is the nature of It’s Just Craig’s Dark Corners—an effort that, despite the name, was a collaborative effort on behalf of Craig Helmreich and six of his dearest friends. With Craig as the lead vocalist and guitarist, he teams up with Jason Slota (drums), Rob Shelton (keys), Elijah Ford (bass/piano), John Vanderslice (keys, production), Jess Von Stratz (vocals), and Kels Von Stratz (vocals/cell) to create a positively elegiac body of work.

It all begins with a melancholy, short, and sweet composition from Elijah Ford behind the piano before delving into a similar vibe with the full band on “Go”. Throughout the record, Craig exemplifies his chops as both a songwriter and a frontman as he wrangles this talented group of musicians together to play with his eclectic blend of gothic and sporadic instrumentation.

From the way that the cut Dark Corners to how it all comes together into such an introspective mix that has no business feeling as cohesive or kind to the ears as it darn well does, Craig and his ensemble tend to define the term “indie” in modern context. For fans of folk along the lines of Black Sheep Boy-era Okkervil River mixed with some “From Above”-style Ben Folds, Dark Corners is well worth a listen.