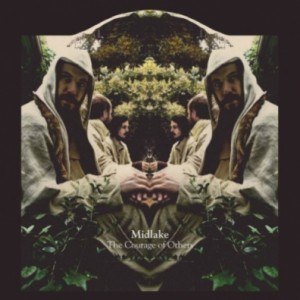 Realising one’s role in the world is a seminal point in life that is too often underestimated, ignored. I doubt that Tiger Woods remembers the exact moment he picked up his first golf club, or the first time he saw a woman naked and thought ‘Well, there’s a hobby I could enjoy.’ Similarly, the hopeless romantic stuck in a dead end job may never be able to pin point the exact second in history where it suddenly all became clear: ‘My destiny is to install new operating systems in an office environment!’

The album itself is beautiful. See, for instance, ‘Bring Down’, which utilises the subtlest of female backing vocals to emphasise both the music’s very pastoral nature and the more rough and ready sound of vocalist Tim Smith – all the while drawing on the sound of mid-nineties Radiohead. Present on Courage is the sort of sweeping majesty that was a staple ingredient of the folk scene in the early seventies – though there is more than a hint of Crosby, Stills, Nash and Young about the vocals, the sound is one very much defined by the influences explored on, say, The Trials of Van Occupanther. The sound and style may be different, but The Courage of Others is still very much a Midlake record.

Listen to The Courage of Others and, when it has finished, mute your laptop, stop your CD player or lift your needle. Hope dearly, and with no reservation that Midlake do indeed understand the significance of this album, for with it they have realised their position in the world, and in the music industry – and it’s right at the top of the pile.