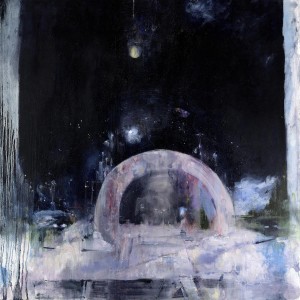 With their second album, Not To Disappear, Daughter have done what many before them have – developing an electronic, lighter tone that handsomely complements and strengthens Elena Tonra’s mournful vocals. The breezier sound adds a zephyrean, lighter mood to the melancholic, poignant lyrics we’re used to from them.

Lyrically, not much seems to have changed for Tonra. Keeping her ghostly, ethereal vocals as they were, the cornerstones of Daughter’s musical ethos remain in place – a longing and fragility that is unlikely not to resonate with anyone who listens. However, the heartbreak seems to have dissipated. The sadness of If You Leave has left and been replaced by a confidence and acceptance. The band has no reason to be mournful. Their new album has been produced in New York, with help from Nicholas Verne. They are embarking on an international tour until the end of March. There’s a real celebratory optimism in the record, no more obvious than in the break of ‘New Years’, which thunders in with a loud, distorted riff after two minutes of an atypically Daughter song. ‘How’ follows on with an equally anthemic, punk feel.

There is a layering of synth, keyboards and electronic drums throughout the album that hints at Verne’s influence, who previously worked with and produced Lia Ice’s stunningly intricate albums: ‘Fossa’ is layered with effects. ‘Alone/With You’, features a distorted drum beat, and a synth featured in the previous track ‘Mothers’. ‘No Care’ has a grungey riff, upbeat drums and distorted, fast vocals and for me, sums up the album. This isn’t an album of despair and weakness. It’s a return of confidence, conviction and empowerment. This isn’t to say Daughter have lost any of the raw emotion or grief prevalent on previous records – there’s an undertone of sadness in many of the songs – they havehowever, matured.