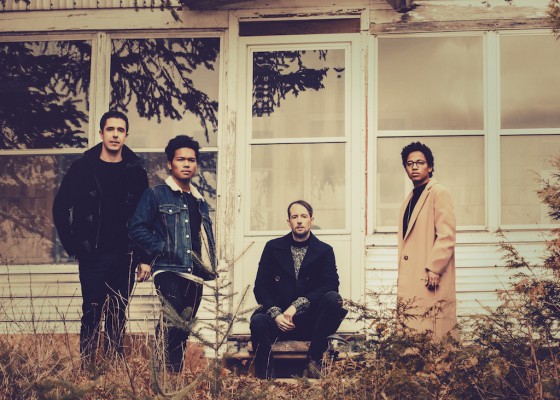 Canadian band Folly & The Hunter are preparing their third album Awake, written while out on tour with Half Moon Run and recorded with Howie Beck (Feist, Great Lake Swimmers, Chilly Gonzales) in Toronto and due out via Outside Music on March 18th. The album is being preceded by the single ‘Arrow’, which vocalist Nick Vallee says is “about acknowledging mistakes, accepting the missteps that have lead you astray, and moving forward since you know that you can’t go back. It is an admission of failure, an exercise in letting go.” Without further ado, please enjoy the premiere of the brand spanking new video, recorded with a bunch of friends in a rented loft, here.