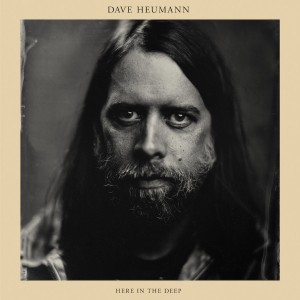 Taking a break from the day job, Arbouretum leader Dave Heumann wanders in a number of different directions on his debut solo album. The feel is less strident though not a million miles from his mother-band with Heumann displaying a pastoral, folky side on ‘Cloud Mind’ and ‘Leaves Underfoot’, one of three instrumentals.

More gripping is the single ‘Ides of Summer’ which is led by the same Byrdsian guitar-jangle that groups like Real Estate have hit the indie sweet spot with recently. The album’s hazy title song recalls the sonorous tones of Red House Painters, awash with organ and Heumann soothing: “Go to sleep/cloud cover creeps”. There’s alluring subtlety here; a spindly guitar line playing out over tambourine and barely-there piano.

Then comes the less-than-subtle trad folk number ‘Greenwood Side’ which, without a chorus to fall back on, huffs and puffs itself into a corner. Further bluster follows on the record’s penultimate seven-minute track Ends Of The Earth, where Heumann delivers a Dave Grohl-like chorus – “I went out to look for tinder/And I found myself on fire”.

If you’re into Arbouretum you’ll want to check this out but, though there’s the seeds of something interesting, Here In The Deep doesn’t quite penetrate far enough to live up to its own billing.