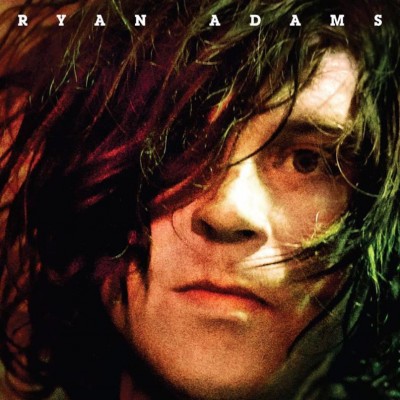 Over his 14 year solo career since leaving Whiskeytown, Ryan Adams has released 14 albums, ranging from the Americana sounds of 2011’s Ashes & Fire to the rather more obscure metal of Orion. Adams is a modern day musical chameleon, hopping from style to the next depending on where his creativities lie, and on this, his first self-titled record, he settles upon a classic rock sound, sounding more revitalised than he has done in years.

Lead single ‘Gimme Something Good’ is indebted to the sound of Tom Petty, an infectious guitar riff played out over the sound of a Wurlitzer organ, designed to be played loud over FM radio driving down those long American roads.  It sounds timeless.  As an opener to the record, it is a definite statement of intent.

‘Trouble’ is another one of those FM friendly songs; an anthemic chorus, crystal guitar lines and driving percussion combining to create a track which should be formulaic rock-by-numbers, but when sprinkled with Adams’ magic touch, becomes something else entirely.  This is a recurrent theme throughout the record. What would be, in anyone else’s hands, a distinctly beige record, becomes this wave of sound and energy in the hands of Adams, and is testament to his ability as one of American’s greatest song-writers.

The standout moment however is the fireside ballad, ‘My Wrecking Ball’, showcasing Adams’ talents in writing beautiful songs like these. Seemingly sung to a lover, Adams croons that “you’re my wrecking ball/won’t you come and knock me down tonight?” This line, and all the variable connotations attached to it (is he referring to the feeling of love sending him sideways?) captures the image of this record perfectly.  Lyrically, Adams doesn’t touch new themes, indeed, there are more than a few references to ‘fire’, ‘shadows’ and ‘the night’, but it is easy to forgive him this slight repetition when he is capable of crafting such delicate lines.

The second half of the record does become a little bit of a slog, at fault of not being engaging enough, and containing several tracks which seem stuck in some perpetual motion of going nowhere, ‘Shadows’ being two minutes too long and a little self-indulgent.  Based on the first side however, this is another worthwhile addition to Adams’ canon. It may have been designed to be radio friendly, but as a future platform for more records, one can’t begrudge Adams a bit of chart success.

← Album | Lucinda Williams – Down Where The Spirit Meets The Bone
Interview | Kim Churchill on new album, his roots and upcoming UK tour →