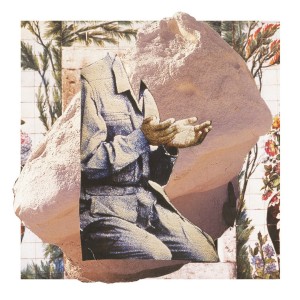 The album from Manchester’s Travelling Band is full of emotionally driven, instrumentally catchy and lyrically powerful songs. As The Big Defreeze was my first experience with the band, I can say with certainty I will be taking a trip through their arsenal of music to see what other gems they have.

‘Passing Ships’ gets the album off to a slow if incredibly catch start. While the music might not stand out from the crowd, the lyrical imagery captures the attention.

The record seamlessly transitions through from indie pop to very spacey, rock. There is a slight hint of Arctic Monkeys, which is fantastic. Some of the biggest highlights include ‘Hands Up’, which is the last album on the track. The pace of the song is amazing, the grunge, the rawness….it’s incredible. It’s an interesting departure right at the end of the record.

The instrumentation of ‘Borrowed and Blue’ is also fantastic. Similar to ‘Hands Up’, it is heavier than the rest of the album and a little darker. If anything, this is much more appealing than the happy pop of the first half of the record. The spacey, borderline psychedelic guitar, is a tasty addition to the song as well, and gives the music a much clearly individual identity to what went before.

Lyrically, there are some lines throughout the album that are a little cliché, and some that are difficult to decipher. But then in songs like ‘Sticks and Stones’ they have lyrics that are blunt, hones and directly reflect what they are thinking, such as “the world has gone to shit, and everything you’ve done is wrong.”

All in all, this album isn’t necessarily a MUST listen to, but it certainly worth checking out.