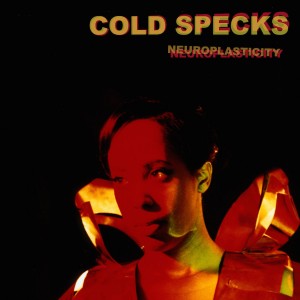 Cold Specks, alleged purveyor of ‘Gloom soul’ (whatever that is), return with second album Neuroplasticity, two years after debut I Predict A Graceful Explosion in 2012. It’s a punchy, powerful album, going straight in for the jugular with the opening track ‘A Broken Memory’, through which resounds the eerie immensity of the organ, signaling that the band certainly mean business, gloom or no.

To some extent of course all the instrumentalisation is just a vehicle for the ferocious power of singer/songwriter Al Spx, whose throaty lyrics power through like a grittier Adele for people who actually like a bit of raw muscle with the music. Such a reductive view however does disservice to the experimental inventiveness of the sounds and effects smattered across the album, which make for an eclectic and expansive landscape, half Radiohead, half Tarantino soundtrack.

With a voice as distinctive and forceful as Spx’s, however, all the variations and tempo-changes in the world cannot make for a vastly differentiated sound; and the album does have the sense of running one course throughout. This however serves to make it cohesive and give it a feel of being a composite whole, which is never a bad thing. Cold Specks as a band name is far too chilly however for the visceral emotiveness stirred by the trademark vocals, and Neuroplasticity – referring to the brain’s ability to make new connections and absorb new information – is nice as a conceptual idea but altogether too clinical a name for what is a very heart-driven piece.