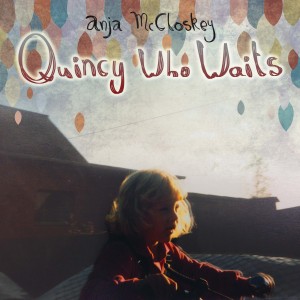 It was a step into the unknown when I first tuned in to the multi-layered, traditionally formed songs of Anja McCloskey but by the end of this twelve track second offering from the half-German, half-American musician it was a step I was delighted to make again. It would be easy to simply call McCloskey an accordionist but, as proven by this excellent mix of traditional folk and alternative styles of songs, there’s so much more to her than that.

The album begins with ‘Celluloid Glimmers’, a tender opening that does well to highlight the pure vocals that McCloskey possesses. A multitude of instruments accompany her on the journey through the record which shifts between the slower and melodic ‘Suit Yourself’ and the chirpier ‘Why Tea’ and ‘Too Many Words’, the lead single from the album, is a highlight and a wise choice to bring in anyone who hasn’t been exposed to McCloskey’s music before. It’s a foot-stomping tune that you can imagine getting crowds going during live shows. Meanwhile, title track ‘Quincy Who Waits in the Daffodils’ draws inspiration by the singers’ travels around America.

This is a consistently excellent collection of folk tunes that sees McCloskey reflect, experiment and uplift, bringing the listener into her unique world. It’s a world where the ‘difficult second album’ theory never gets a chance to come into any effect whatsoever.