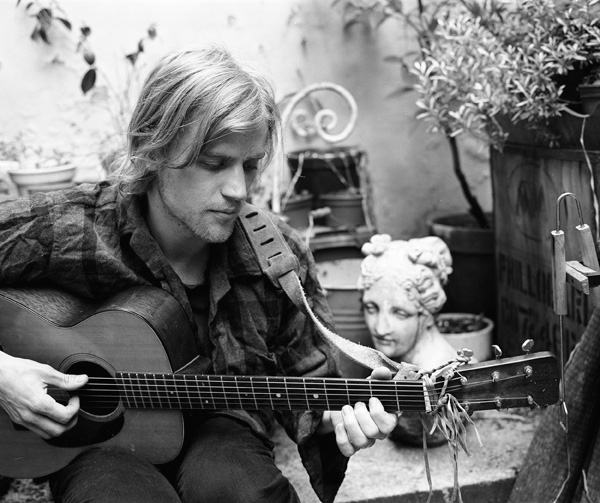 Johnny Flynn certainly likes to keep himself busy. If he’s not treading the boards in a Shakespearean production in the West End, he’s sharing screen time with Hollywood A-listers in a cinema near you. But it’s his role as a reflective troubadour where his star shines brightest. He plays the part of wistful raconteur with an ease that befits someone well-schooled in the art of performance.

His musical versatility is obvious and in a set lightly sprinkled with tracks from his most recent LP, Country Mile, his general songcraft hasn’t diminished either. On-stage tonight he seems shy, and demure almost to the point of insecurity, only occasionally interacting with a crowd quite forthright in their reverence of him.

Musically though, the performance acknowledges their respect with a bluster and verve that swerves efficiently between a ramshackle foot stomp and a tranquil lament. Flynn possesses a guttural growl on the raucous Country Mile and a honeyed lilt on the twang of The Wrote & The Writ. But it’s in the gentler, more low-key moments where he truly makes his mark: his delicate duet with sister Lillie on ‘The Water’ is a joy while ‘After Eliot’ charms the socks off the entire room. And while it’s not too stylistically diverse – he sticks to a fairly rigid folk template – it’s executed wonderfully well. Extra points must also be awarded to Flynn for displaying his multi-instrumental dexterity, effortlessly jumping from one to another through the course of the show.

Another instrumentalist, and one of the Sussex Wits, Cosmo Sheldrake, provided more than adequate support, blending rootsy folk with electronic tomfoolery while tipping his hat to the eccentric acoustics that are prevalent among artists such as Tunng – a one-man wizard of loops and lofty ambition.

Johnny Flynn, however, continues down his reliable path of earthy folk. He presents himself as a wandering minstrel with a rustic aesthetic that’s charming enough to endear you to his plaintive musings, despite his occasional penchant for overly twee scribbles. The fact of the matter is you know what you’re getting with Johnny Flynn; he’s a safe pair of hands and while he may not be everyone’s cup of twee, there’s no denying he makes for fascinating listening. You can imagine him still singing his songs and telling his folk tales in 50 years’ time, grizzled and weary; still with the same boyish charm that makes him so appealing. And that in itself is a delightfully reassuring thought.