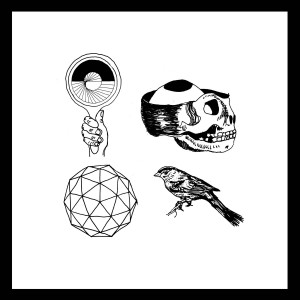 Woods has consistently made good albums for a while now, with short gaps between each album. There’s no change to that formula here either.

The shimmering and shuffling, at once delicate and acoustic and the next moment electric twanging and brutal, the guitars are gorgeous. The almost-but-not-quite psychedelic vocals are a typical mark of the band, and it certainly maintains its style well.

In fact, light and love emanate from each song, and the band remains a well kept secret. In another age this band would have been massive, unfortunately, the kind of music herein is often reminiscent of the sixties or seventies. Not that this music sounds dated, it’s a beautifully modern take, if that sounds feasible.

The guitar assault of the nine minute title track is a colossal rush of a journey. It feels like being given a good pummeling in a boxing bout. But it opens and closes beautifully with lyrics before it descends into the guitar-athon. It’s a microcosm of everything this band does so well, from the fragile and tender to the epic and confrontational.

It doesn’t quite have the near perfectly rounded brilliance of 2012’s Bend Beyond, but it’s nevertheless a wonderful addition to the canon of a band far too overlooked. It isn’t a stretch to say they make some of the best guitar music out there, however dated it may or may not sound.