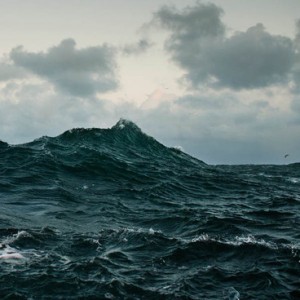 Volcano Choir’s Repave is a beautiful album, not to be taken as a collection of songs, rather to be enjoyed as one piece of music in its entirety. That said, I felt like I only understood the power in the music having considered each song in isolation. Through hearing the minute details, and appreciating the subtlety and sincerity in the lyrics, I grew to love it as a whole. It is often tempting to take an album and, after two listens, pick out your favourite tracks and stick with them alone. This approach, however, would drain Repave of its power, like any truly great album.

‘Tiderays’ kicks it off with an energising optimism, through its opening guitar riff, picked and picking up pace, backed by a growing snare drum entry, auto-tuned vocal tremolos, and spiky electric guitar chords. ‘Acetate’ brings things down to earth, with Justin Vernon showing off his gorgeous lower register. A crashing riff circulating C-maj F-maj in ‘Byegone‘ picks up the exhilaration, before the gentle beauty of ‘Alaskans’ and its acoustic guitar riff and lilting lines; the tune of “stranded in the houses” is filled with sweetness and contentment.

‘Dancepacks’ reveals the darker side of the album, with the vocals losing control, slightly off rhythm, devolving into a refrain of: “Take note, there’s still a hole in your heart”. At each single drum hit, the wait before sinking back into the track builds the suspense. They take their time in ‘Keel’, a song designed for that time halfway through a festival set where the light is dying, the crowd waning, and the vocals float out over the stillness of the evening. Every second is extracted from the vocals, kept edgy with almost awkward suspensions (particularly the tonic held onto a major 7th chord at 3:41).

Whilst arguably none of the tracks are sensational on their own, the brilliance of the album is reflected in the flow of the track order, and the ever-revealed layers of detail in the songs. Repave is a giant wave full of smaller waves, an idea reinforced by the cover art. The album fluctuates between the thickly layered and the sparse, the louder jubilation and quieter intrigue. Some of the tracks, ‘Tiderays’ and ‘Almanac’ most clearly, grow like waves coming into shore; in the former, the guitar underpins this growth, in the latter, it’s the synth, onto which multiple layers are added. Similarly, the “behave…repave” refrain at the end of ‘Alaskans’ swells and fades like a smaller wave within the song. The production, unsurprisingly given Vernon’s involvement, is magnificent, using a wide array of sounds and textures, giving the music an ethereal feeling. Repave is an album for people who want to listen again and again, taking in every sound and noticing new things each time.