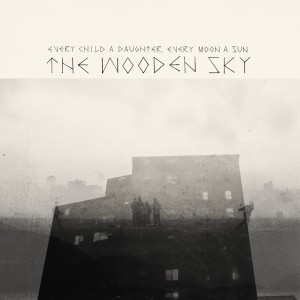 There was a time, not long past, when a form of nationalistic profiling was necessary when tackling a new album of Canadian descent. Most of them were either by Arcade Fire, by Arcade Fire wannabes or featured one or more members of Broken Social Scene. If that wasn’t your bag, the pickings could feel a little thin.

Well, crass generalisations be damned, because The Wooden Sky refuse to slot neatly into one of the above boxes. That’s not to say that the band routinely break boundaries, but here is a record of impressive poise that will strike a chord with anyone whose ipod boasts a reasonably sized “alt country” catalogue.

The album starts strongly, with ‘Child of the Valley’ and ‘Angelina’ presenting the band from their best side. The former begins gently but infectiously, Gavin Gardener’s deep, conspiratorial vocal quickly established as the centre-piece while a series of musical flourishes are gently woven in around.

‘Angelina’, meanwhile, has the unmistakable sound of a group’s ‘signature song’. It’s immediately familiar, though not suspiciously so, and captures both a classic country melody and a morning-after-the-night-before rockiness. Think Ryan Adams circa Easy Tiger, then enjoy. Much of the album steers pretty close to the blueprint of these opening tracks, though ‘Take Me Out’ provides a welcome change of vibe at the mid-point.

An unabashed dose of nostalgia in the style of M Ward or Richard Hawley, it’s utter pastiche but beautifully rendered. At 13 songs the album does feel overlong, and the qualities that make it so pleasing at the start do feel stretched by the close, but there a little self-editing easily yields a more streamlined listen.