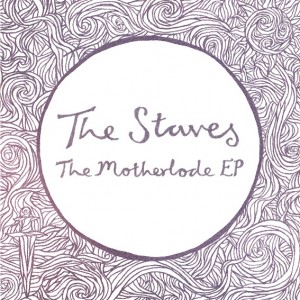 The happy rise of folk as a commercial force in the last few years was always going to bring in some detractors. With charts in sight, there’s no doubt that those hitting them will perform the same trick as any other artist suddenly faced with the prospect of actual money – becoming (say it softly) marketable. That catch-‘em-all concern (I call it the Pokémon effect) has led to accusations of dumbing down, generic anaemia and an unease that the traditionally darker edges of folk were being rounded off with a big chunk of money-coloured sandpaper.

The Staves, frankly, are a definite target. Appearing just those few short years too late and with music just that little bit too accessible could colour their work thus far as, if not inauthentic, then certainly inessential. Taking their cues from any number of contemporary sources – not least the polished sheen peculiar to the current Communion stable – means that these Watfordian warblers face an uphill struggle with regards to those complaining.

This, their second three-track EP becomes an exercise in viewpoint as a result. To the snarky ones,  ‘The Motherlode’ will sound too close to the old-timey whirl of I Speak Because I Can-era Laura Marling to not have any edge whatsoever, ‘Wisely and Slow’s segue from a capella yarn to percussive final third will speak to indecision, and the tactically-placed “fuck” in ‘Pay Us No Mind’ will seem faintly embarrassing. To those still enamoured however, ‘The Motherlode’ will seem a masterclass in fluttering, rangy harmonies, ‘Wisely and Slow’ will be respected for keeping its cards close to its chest, revealing its literally beating heart with the finesse of a well-crafted film and the leavened blues of ‘Pay Us No Mind’ will bring a soft smile.

For those of us who remain unsure, The Motherlode EP is, despite its simple approach, a conflicted listen. On the one hand, it does nothing but reinforce a peskily accurate stereotype, but on the other confirms that The Staves are running with that stereotype in a significantly more accomplished way than most. What is sure is that The Staves know what they want to do and they can do it well, opinions be damned.