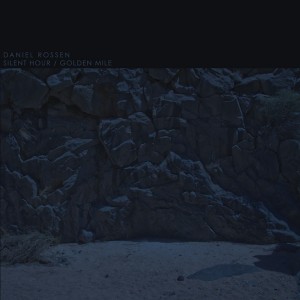 It’s easy to see Daniel Rossen’s career output as a series of fractions – a quarter of him lies in Grizzly Bear’s work, a half in Department of Eagles – so it seems fitting that his ever-increasing influence has led him to a solo record eventually. That said, Silent Hour/Golden Mile certainly isn’t your usual stripped-back, acoustically-centred, “this is me, alone” solo performance. In fact, there are moments of such wonderfully intricate composition located in the EP’s five tracks that it seems baffling, unfair even, that it can still sound this personal. It’s fairer (and, let’s face it, more pretentious) to say that Rossen’s solo work comes from him, as opposed to being simply by him.

It’s that sense of personality that shines through for the duration, a pouring out of ideas, feelings and influences that makes every song special and completely in place. There’s no doubt that the short-form nature of an EP gives each track that little bit more importance in and of itself, but when you juxtapose the airy indie-folk of soon-to-be-soundtrack-staple ‘Silent Song’ with the undulating piano ‘n’ brass, languid with depression, that forms the bulk of ‘Saint Nothing’ it’s hard to dispute that Rossen’s thought this all through meticulously.

In conveniently cyclical fashion, it’s that thought then, that makes this so personal. Where midpoint ‘Return to Form’ could have settled for the gentle strums of a steel string and the fireside crackle of Rossen’s intonation it goes further, bristling with the propulsive fingerpicking that made Josh T. Pearson’s own solo record so intriguing, before deep strings, brass and lazy, jazzy percussion sweep in, pick up the song and drop it into a succession of Beatles-esque instrumentals, by turns straightforward and cacophonous. That careful use of influences as accent rather than base is another recurring theme: ‘Golden Mile’s ringing, high pitched guitar pays homage to Simon & Garfunkel, ‘Saint Nothing’s gentle chord progressions of alarm-tone piano could be a quieter moment from Amnesiac and there’s no doubt that Rossen’s band experience is coming to bear in a fair few places along the way.

What makes the EP so fantastic then is that very studied approach. Solo work has given Daniel Rossen the opportunity to bring his ability as a songwriter to bear – these are some of the most straightforward songs he’s written yet – but that emphasis on using his own musical interests as a way to compose counters any hindrance that might come from a lack of support. This is a record that speaks with the voice of its writer, jumping from one idea to the other without ever losing its centre, Rossen himself. The writer himself seems happy with that fact as he repeats in opener ‘Up On High’, “In this big empty room, finally feel free”.