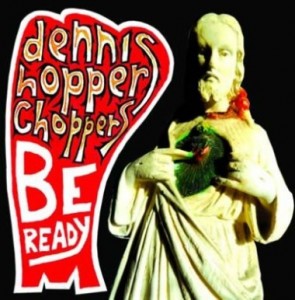 What an inspired place Tabernas, southern Spain was for writing such a broodingly atmospheric album. Ben Nicholls headed for the land where Sergio Leone shot ‘The Good, the Bad and the Ugly’ to pen the songs that would become Be Ready.

Echoes of the film’s mood and soundtrack resonate throughout much of the result. ‘Girl Walked Out Of Town’ combines spaghetti western with film noir. The song features Ray Manzarek-esque sounding keyboard, and tells the shadowy tale of a guy trying to keep up with a femme fatale.

The whole thing is stylishly executed. Nicholls’s baritone voice blends into each track perfectly. He’s got a Scott Walker sensibility to his vocal delivery, very versatile and very laid back.

It is aligned with an array of musical styles – Mariachi horns, driving guitars and tremolo reverberations come and go over the course of the album.

On ‘Blue’, Nicholls croons over a smooth, tremolo-driven riff with shiny glockenspiel in the background. Contrast that with ‘Razor Gang’, a frantic rockabilly onslaught, conveying the anxiety one would feel coming face to face with such a fearsome sight. ‘Heart To Dry’ joins together classic sounds of Americana. Steel and Spanish guitars combine to create the platform for Nicholls’ reflective tale – imagine Scott Walker singing on a Ennio Morricone western soundtrack.

It is all carried off with a slick production that makes it sound like a cinematic work of art – just like the Sergio Leone westerns that inspired it.