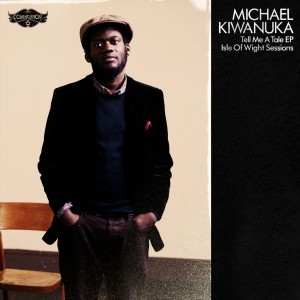 I need to go and see Michael Kiwanuka in person. Only then might I believe he exists, at least in the form we’re told of. Surely it’s more plausible that, rather than being a 23-year-old Londoner, he’s now an aging soul man living in one of America’s great old cities – perhaps Philadelphia or Detroit – having made these records 30 or more years ago.

Because Tell Me A Tale does not belong to these times. It seems more like a discovery – a fantastic discovery – from the Atlantic Vaults, a soul classic plucked from obscurity and released as though new. That such an instant reimagining of brilliant 70s soul could come from one so young seems unreal. As too does the notion that this weathered but strong voice could come from a man under 40.

While title track ‘Tell Me A Tale’ grabs your attention with its brilliant hook, this entire EP is a joy to behold. The sweet longing of ‘I Need Your Company’ and the bluesy ‘Worry Walks Beside Me’ neatly show off Kiwanuka’s range in less than a quarter of an hour, announcing as they go a major new talent who already sounds like he’s been in our heads for years.