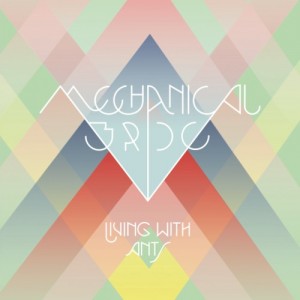 The once-rarefied (some would say shunned) musical zone of the singer-songwriter has become rather crowded in recent years, a space for any old chap with a guitar and a vintage waistcoat and, as with any burgeoning cultural phenomenon, the more there is of it, the more diluted it becomes. But into this teeming space comes Lauren Doss, the one-woman band with a distinctively different take on this engorged genre.

Mechanical Bride, rather than a simple pseudonym, appears to be a space for musical storytelling of the sort that has been lost in pursuit of the more dour, poe-faced realm of insular poetry recently; a freewheeling, imagistic form unafraid to cross the line into the absurd, but never suffering for it. With stories of magpies, village fete thefts and walks through the forest, Doss displays an appealingly childlike, pastoral sensibility, a gentle air of the fairy tale that accents but never clogs. However, for those more accustomed to a less flagrant lyrical style, it could all be a little much if it weren’t for the masterful songcraft that ties the album together.

Living With Ants’ genre is, much like its lyrics, a telling, if not malicious, rebuke of the current status quo. Songs often begin with nothing but Doss’ strident, classical tones and little accompaniment, before building to something far more bombastic. ‘Peach Wolves’ is a song tense with storm, a plucked guitar ushering in a bluster of strings and harmonium whilst ‘Demons’ acknowledges Doss’ jazz influences by changing what sounds like an American folk track into a double bass-backed, saxophone-aided whirl of instrumental fun. The album makes its one misstep by taking this sense of fun a little too far however, with ‘Walk Into The Forest’ a mercifully short sideways step into what sounds like a Regina Spektor offcut written for a CBeebies show. Even this proves a point though. Mechanical Bride’s interest lies in Doss’ ability to invoke an innocent, youthful atmosphere whilst keeping sight of a mature musical outlook constantly as the Sufjan Stevens-esque inflections of clarinet and gentle, muted brass in ‘Young Gold (You Stole My Heart)’ or the mandolin and snare drum march of ‘To The Fight’ will attest.

Living With Ants is, clearly, an accomplished album. Listening to it, there is no doubt that Lauren Doss is a skilful wordsmith, songwriter and organiser, and an artist with a critical and popular future. But above and beyond all this, there is clearly an instinctual element at work within the whole album. Despite its clever lyrical and musical juxtapositions, there is no trace of an artifice that would render the whole affair a winking, referential experiment. No, Mechanical Bride is the real deal, an artist with little pretence who just happens to be offering what the singing-songwriting community needs at just the right time.