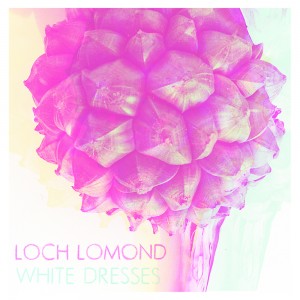 Six months on from the UK release of Little Me Will Start A Storm, Chemikal Underground asked Portland’s Loch Lomond to record a short EP of fresh material to help push their European tour. Maybe they expected something simple to come back in such a short space of time, but what they got instead was a full-blown teaser for the band’s next record.

While they spent two years crafting the last album, warp-speed creativity is not a new concept for the band, who put together their Night Bats EP in six days. While that 2009 release stood alone, they are already planning to make White Dresses, which took a more leisurely 16 days, the foundation of the new album.

It builds on their trademark sound, the understated but captivating chamber-folk built to wrap itself around Ritchie Young’s soaring voice. But things are now fleshed out by bells and glockenspiels to add a new depth. The effect can be haunting on the darkly macabre ‘Inventing You’, while almost angelic on the title track. Opener ‘Your Eyes’ is big and brash, with Young’s piercing voice driving a track destined to be the lead single once the new album is ready.

As EPs designed to give a tour a bit of a plug go, the band and the label might just have struck gold.