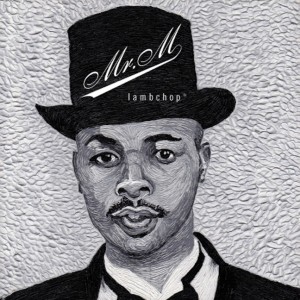 Despite announcing its arrival with a wave of lush waves, the latest album from Americana veterans Lambchop delivers understatement as a theme. From the descriptions of the banal realities of relationships (cleaning the coffee maker and avoiding ‘talking about seagulls’ are examples) to the low key vocal delivery and cool jazz arrangements, the record doesn’t ambitiously aim for impact
on the first listen.

Like much of Lambchop’s work, though, repeated airings of Mr. M repay the listener. Gradually the instrumentation that initially carried on unnoticed in the background begins to feel more prominent. Aside from the wry lyrics a long-term fan would expect from the band, there’s the occasional attempt to experiment with Tunng-style audio samples and one track even features an extended instrumental outro that wouldn’t go amiss on a Guillemots record.

A handful of the tracks on offer will suit universal tastes, the upbeat acoustic pop sensibilities of ‘Gone Tomorrow’ being a standout. Fans of the band, and those who like a little acoustic guitar with their jazz (and the reverse) will also find much to enjoy here. The lovers of a bombastic number may not. Regardless, it would be a shame to simply let this record pass you by unappreciated.