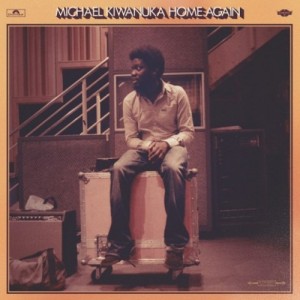 Michael Kiwanuka stands on the precipice in 2012. The two EPs with which he introduced himself last year, Tell Me A Tale and I’m Getting Ready earned an avalanche of praise, including plenty here, and deservedly so, for few songs were as instantly arresting as ‘Tell Me A Tale’.

Kiwanuka releases his third EP, Home Again, just as the debut album of the same name is sent for mastering ahead of a March release, so it could be key in setting final expectations. But if anything, we probably have to hope not, because its the weakest of the EPs yet.

Not that it is ever anything but entirely pleasant. The title track is a simple, sweet song that once again highlights Kiwanuka’s most obvious weapon, a stunning voice. But the sedate pace barely shifts on the lackadaisical ‘They Say I’m Doing Just Fine’ while ‘Now I’m Seeing’ suffers from some over-anxious percussion that nevertheless fails to quicken the pulse.

For a man who has the opportunity to grab the next 12 months by the scruff of the neck and run, it all seems a little too half-paced.

Listen to the whole EP below…