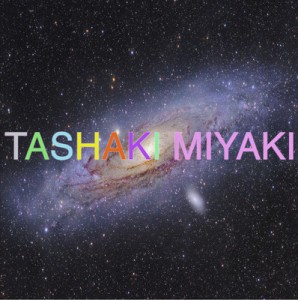 Earlier this year a couple of Tashaki Miyaki songs appeared on the internet. Rumours spread as to who exactly this exciting band were, and where their perfectly formed shoegaze-fuzz came from. It transpires they’re a Californian boy/girl duo (Lucy on drums/vocals, Rocky on guitar) and they’re just not very adept at formulating an online presence. They’re not even Japanese.

With the release of their debut 4-track EP that early hype appears justified. Their brand of woozy pop drips cool from every pore, and will draw inevitable Velvet Underground and Jesus & Mary Chain comparisons. The production is all
heavy distorted wall-of-sound, accompanied by 60s-girl-group drumming and a languidly sweet vocal. Most importantly, it’s really rather catchy. Gloomy yet strangely optimistic, lo-fi yet sophisticated, Tashaki Miyaki deserves a listen. And then another, and another, and…. you get the picture.