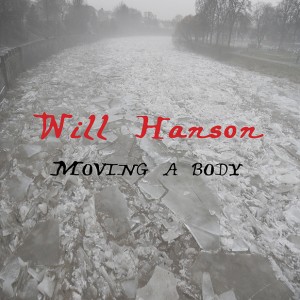 A Paris-born Londoner resident in Glasgow, Will Hanson has found his niche after a change of musical direction.

Since splitting from his former band Proxy, relocating up north and striking out on his own, Hanson’s sound evolved to encompass a full band once more (as he notes on ‘The Bats’: “moving a body’s hard work without friends”). The string section in particular adds a richness and grandeur at times, a prime example being the ending to ‘Our Basket’, while elsewhere we see him rocking out, with opener ‘The UnGodly Hour’ driven by an electric guitar which also spirals skywards as the chanted mantra which ends ‘In Her Loving Memory’ builds to a howl.

‘The Bats’, meanwhile, suggests there must be something in the water in the Glasgow area, containing as it does the same heady mix of twisted humour, brutal murder and bodily functions which has served Barrhead-born comic thriller writer Christopher Brookmyre so well over the years. “The corpse ’neath the mattress is asking for me”, Hanson frets, his chosen way out to “kill them all, in the way I describe in shit on the wall”, with his fate ultimately lying in the hands of “the judge in the gas mask”.

It is by no means the only song to catch the attention on a lyrical level, with Apostate Christ referencing “the perfect crime by numbers” while that aforementioned finale to ‘In Her Loving Memory’ offers the unappetising prospect that “the choicest gift is a stinging nettle”.

Deliciously dark, atmospheric and cinematic, Moving A Body is a debut to savour.