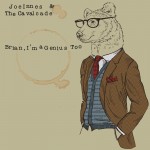 After a year of back-to-back gigging and festival appearances (Cambridge Folk Festival, Secret Garden Party), Joe Innes & the Cavalcade are back with a new band line up and a new EP recorded by rising folk star and producer Dave Gerard (Worry Dolls, Andrew Butler, O. Chapman) and mastered by Ed Woods (Idlewild, The Futureheads).

Brian, I’m a Genius Too – named for a menacing quote from Beach Boy Brian Wilson’s father Murry – features a huge host of musicians from London’s vibrant music scene, with appearances from Worry Dolls, Tom Newell of Effra and Patch & the Giant. The EP was recorded live on tape at London’s Soup Studios.

Lyrics littered with pop culture references and layered harmonies you’ll be humming for weeks unify this far-reaching record, which deals with identity, loss and unmet potential.

Joe’s live act – perfected in shows supporting Caitlin Rose, Anais Mitchell and Sea of Bees – will have you laughing, clicking, hissing like the wind and howling like a werewolf.

Joe and his new band will celebrate the release of Brian, I’m A Genius Too with an intimate show at the Slaughtered Lamb in London on the 31st May. Tickets are available from joeinnes.com.

You can now pre-order limited edition CDs on Bandcamp, and downloads are available from all major digital retailers.

Joe Innes & the Cavalcade are: 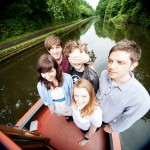 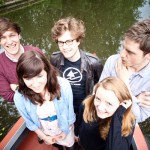