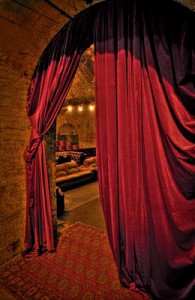 Fresh from their Mercury Prize nomination Villagers will be performing in the Tunnels at the Old Vic theatre on the 4th and 5th of August.

They will be the first ever musicians to play in this newly opened up, quirky but cosy sounding space directly under Waterloo station.

These are Villagers first London gigs since their sell- out headline show at Bush Hall in May and coincide with the release of their new single ‘Ship of Promises’ from their debut album Becoming a Jackal.

To celebrate these shows Villagers are offering a free download of the title track from their album here.

Tickets are available now from here .