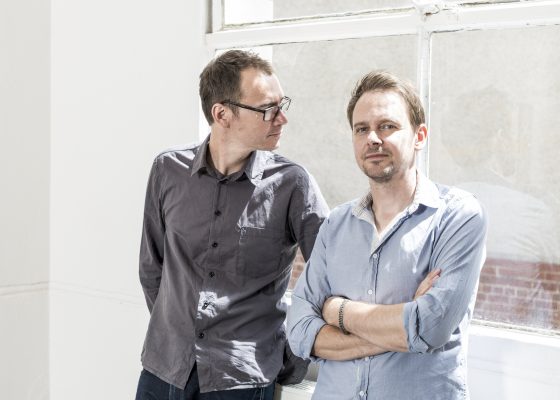 It’s been 20 years since Karl Smith and Pete Cohen formed Sodastream, and 10 years since we heard anything from the Australian duo. But next month sees the release of their new album Little By Little and a welcome appearance in London as part of Fortuna POP!’s less welcome farewell. Right now we can treat you to the premiere of ‘Saturday’s Ash’, taken from the new album.

Smith wrote the song after moving his family out of Melbourne and into the country. There they could enjoy the regular sight of kangaroos and rabbits, and listen to birdsong in the morning. But Smith also began to understand the dangerous side of the country – the regular threat of bushfires. “Every summer, as the temperatures began to soar, a familiar sense of anxiety would creep in,” Smith said. Although not caught in a fire themselves, Smith’s family got used to a regular routine of packing up and heading to safety when the threat levels rose. That got Smith to thinking about the events of 2009 when 173 people died and hundreds more were injured in the Black Saturday bushfires. “I wrote the lyrics for Saturday’s Ash that summer,” he added. “I guess it was my way of reflecting on what the locals had been through and trying to understand what it must be like to have to pull yourself up again after losing so much.”

Little By Little is due out on March 3. You can catch Sodastream in London at the end of March, details below.