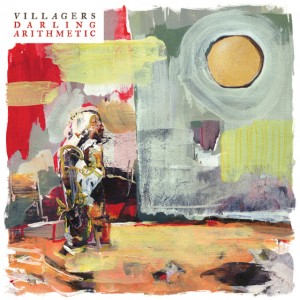 Five years after the initial success of debut Becoming a Jackal (2010), Villagers announce a new album to be released this April. Darling Arithmetic, the follow on from 2012’s {Awayland}, will be released by Domino Records on April 13th, 2015.

With the band’s first two albums both so widely acclaimed – and Mercury Award nominated – we can only wait and hope, with great anticipation, that Conor O’Brien’s latest medley of melodies will be just as wonderful as its predecessors.

A track from the new album, entitled ‘Courage’, has been released as Darling Arithmetic’s first single, and is also it’s opening track. O’Brien’s trademark quavering, falsetto voice and tender acoustic set it to be a great album opener, we cant wait to hear the rest.

Darling Arithmetic will be available to buy on both CD and LP, and can be pre-ordered from Domino Records here, or digitally from iTunes.

Along with the new album and single, Villagers have also announced an intimate, three gig tour this February, as well as an appearance at 6 Music Festival at the end of the month.