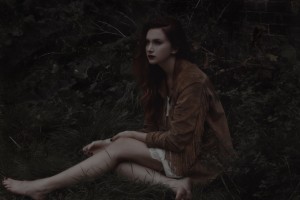 Building on a successful 2013 that saw her track ‘Free Your Mind’ become Huw Stephens’s and  BBC Introducing track of the week, Folly Rae returns with the lead track from her debut EP of the same name ‘Run For Cover’.

Folly has been working at Sticky Studios (The team behind artists such as Ed Sheeran, Mikill Pane, and Paloma Faith) and with support from BBC Radio One’s DJ Target, Charlie Sloth, and Mistajam, is set to make her mark this side of 2015.

Born in Hertfordshire, with Norwegian heritage, Folly trained as a classical dancer, before realising it was her love for music that she wanted to pursue. After releasing the stunning ‘Free Your Mind’; a blend of folk and electronica; Folly progressed into numerous collaborations with artists such as Smiler, Koven, and Kove. She most recently appeared on Ghett’s critically acclaimed album “Rebel with a Cause”.

You can listen to ‘Run For Cover’ below: