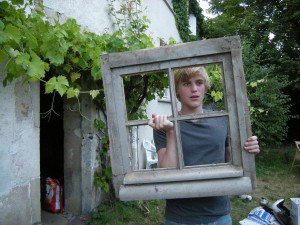 Barbour-sporting troubador Johnny Flynn has announced a UK tour in February, where he’ll debut music from his untitled second album, due for release in May.

Johnny will play a string of UK dates with his band The Sussex Wit in February and March and a solo show in London as part of HMV’s ‘Next Big Thing’ festival.

Mr Flynn’s already pretty huge in our eyes, so see if you can catch him on one of these dates: