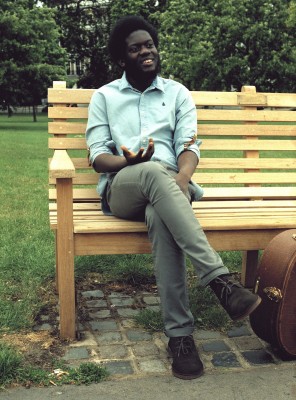 Since the release of his well received debut album ‘Home Again’, which sold over 70,000 copies, Michael Kiwanuka has spent his time travelling and performing all across the globe. On his travels, he stopped in Nashville, Tennessee and teamed up with the legendary Jack White, whilst there. White produced the single ‘You’ve Got Nothing to Lose’ for Kiwanuka, which features a cover of Townes Van Zandt’s ‘Waitin’ ‘Round to Die’ as the B-side.

London soul singer Kiwanuka is a self-confessed fan of White’s work. The collaboration will be released on Jack White’s Third Man Records imprint. Previous releases on the label include the likes of Laura Marling and Tom Jones.

Michael Kiwanuka’s single ‘You’ve Got Nothing to Lose’ is available on 7” vinyl and on mp3 from iTunes.