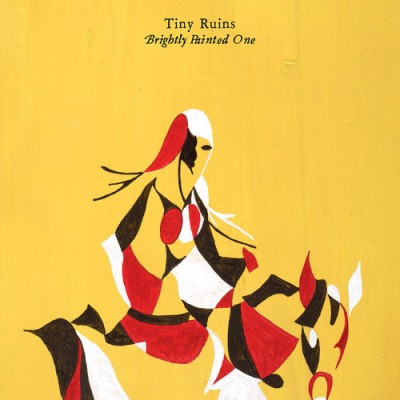 We would struggle to be any more thrilled to tell you that the new Tiny Ruins album Brightly Painted One will be released later this year.

Since the release of debut effort Some Were Meant For Sea, New Zealander Holly Fullbrook – along with bassist Cass Basil and drummer Alexander Freer – has signed to Bella Union, who will release her new LP on May 5.

Some Were Meant For Sea was one of our favourite albums of 2011, so the link-up with Bella Union, purveyor of all things lovely, seems like a match made in heaven.

Brightly Painted One promises to be a more expansive effort than its predecessor, building on Fullbrook’s talent for storytelling and her ear for the sweetest tunes around.

We, frankly, can’t wait, and presumably you can’t wither – so here is the blissful opening track ‘Me At The Museum, You In The Wintergardens’ which will do nothing at all to lessen anyone’s excitement.