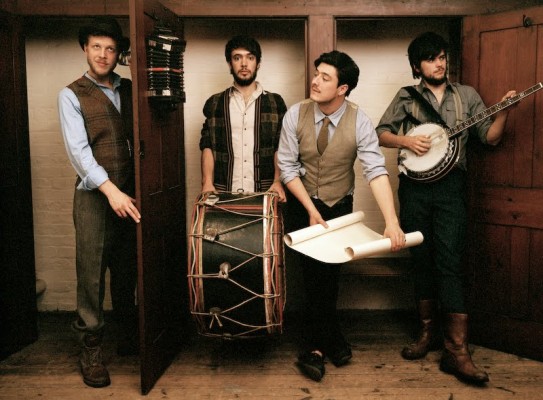 Mumford & Sons have just confirmed the release date for the follow up of their debut album “Sigh No More”. The album will be released on the 24th September, and, according to Marcus, this has been confimed as long as “we don’t suddenly realise it’s shit”.

News of a new album came from Ben Lovett about a month after it was recorded, and the four confirmed the release date in an interview with 3FM earlier this week. It seems this album has big boots to fill following the success of “Sigh No More”, where the band were nominated for endless awards, selling over 2.2 million copies in the US alone. A title for the album has not yet been mentioned.

“I think we just want the songs to be good, and to sound right, and to feel like we’ve expressed everything as straightforwardly and honestly as we can”, Marcus told NME earlier in the year, and team FFS are very excited by the prospect of finally hearing a second album.

Mumford & Sons will be touring later this year, including some of their own smaller festivals, such as Huddersfield (2nd June) and Galway (9th June).

Finally, to get you back in the swing of things before the next one, I’ve included a little ‘revision’ taster…