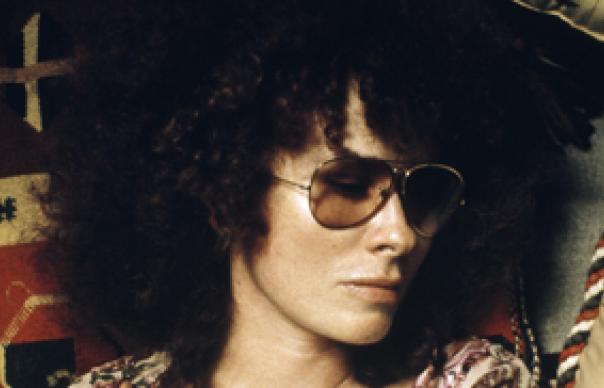 One of our favourite singer-songwriters Dory Previn has died at home on her farm aged 86.

Dory was a lyricist in the 60s working with her then husband composer André Previn on music for films.

In the 70s she began to release solo albums. She made atmospheric and immediate music with autobiographical lyrics that explored her psychiatric problems and the breakdown of her marriage.

Here’s Dory playing  one of her best-known songs ‘Mythical King’s And Iguanas’ on The Old Grey Whistle Test in 1974:

Dory continued to write music and literature until old age. In 2002, she released a free download called Planet Blue – a mixture of unreleased and new material protesting about the Iraq war.

She remarried actor and artist Joby Baker and they lived together on their farm in Massachusetts until her death.

If you’d like to be reminded of Dory’s incredible body of work, look out for Brian‘s Dory Previn playlist later today.