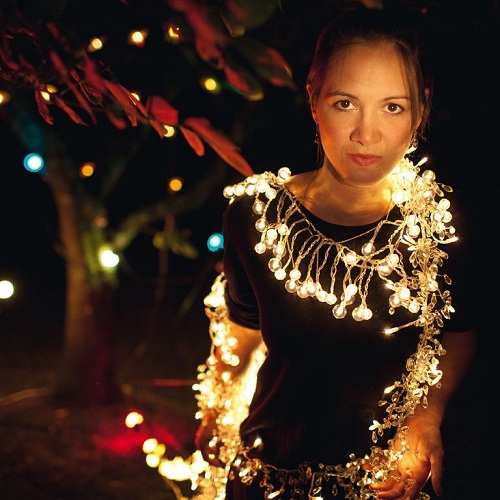 Love jazz-inspired folk with a dash of Portishead? Course you do. In which case you need to check out Sophie Hunger who, having conquered her native Switzerland, released The Danger of Light to generally ecstatic reviews last year. Please make way for the queen of the new jazz-folk revolution…

It’s a record called The Danger of Light, I recorded it in France, L.A. and Montréal. I wrote all the songs and then did these three sessions with different musicians in a live atmosphere. That is, we tried to record all in one room playing at the same time. Amongst others involved were Josh Klinghoffer (Red Hot Chilli Peppers, PJ Harvey, Nathaniel Walcott (piano, trumpet; Bright Eyes), Stephen Nistor (drums; Danielle Lanois, Danger Mouse), Brad Barr (guitar; The Barr Brothers) and David Payant (Drums; Thee Silver Mt. Zion). Like this I had different kinds of versions to each song. It was the first time recording felt good to me, the first time I understood its potential.

Probably La Cigale in January 2013 (Paris) and a show in the House of Blues in New Orleans in December 2011 – and probably also our show at the Glastonbury Festival back in 2010. I remember the energy supply broke down on the John Peel Stage right as we were supposed to start playing and we thought we’d never get to play the show. We thought we had made it all the way from our garage band escapades to being invited to play at the Glastonbury Festival and wouldn’t make it. Somehow they suddenly fixed it and we played – nothing mattered anymore, we felt free.

I avoid doing the dangerous jumps that I used to on my skies cause I’m scared of breaking something! It’s depressingly true: you might turn into a chicken when in your heart you’re a crazed Rambo.

Everything. Traffic jams, marshmallows, the smell of fire, my neighbor’s lack of humour, rotten carrots, a kick drum, people on their knees…

I’d buy the house I live in, I’d open a music venue in Beirut, I’d hire an Arabic and a Russian teacher to give me private lessons in the mornings of every day, I’d finance all kinds of ridiculous art projects and political activities with futuristic plans, etc. etc….

‘Heharun’ – because of Josh’s solo part after the first chorus.

I want to record the best records in the world.