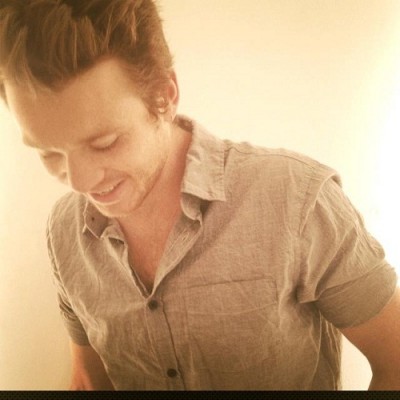 We first found Gibson Bull back in 2010, propping up a bar in the American deep south swigging whiskey with Woody Guthrie and The Civil Wars. Actually that last part was a lie, but his world-worn, country tones really did first wiggle into our ears in 2010 and he really does blend the sensibilities of folk and country old timers with a modern, indie aesthetic. Since then, we’ve nominated him for the Glastonbury Emerging Talent short list and he now features on our very own Christmas album. He’s practically one of the family. We thought it was about time we got the low-down on the youthful, former tree-surgeon with an old, old soul…

Hello FFS, thanks for having me. My name is Gibson Bull. I started out playing blues and old time folk music and have sort of worked my way from there up to the present day. I like the continuity of folk music in that sense and try to remember all those old songs when writing new ones for today.

Lately I have been putting out a song or so a month with the producer Adam Morley, who runs The Workshop Studio in Notting Hill. The latest song we put out was a cover of ‘Laura’ by Bat for Lashes. It wasn’t planned much, which is why his dog, Bear, walks in and out of the video. Bear is great.

Before that we put out an original called ‘Come On Sunshine’. It started out with a straight-forward country beat but we put some samba rhythms on there which have worked well. Adam does well on the surdo.

One time I played with a guitarist called Ben Andrews. He’d spent much of his youth seeking out the musicians he loved and admired, spending time with Muddy Waters, Elizabeth Cotton, Chuck Berry, and Bo Didley in the process. His playing was unbelievably authentic and brilliant as a result. He has sadly passed away since then. I feel lucky to have heard him and played with him in this day and age.

I supported Ronnie Wood at the Hammersmith Apollo which was pretty good too. The sandwiches back stage were excellent and Bill Wyman is very friendly.

I don’t know. Sometimes I wish I could work on boats all year round but it’s hard to do that if you’re a musician. I did it for a bit but found myself always thinking I should get back to London where I can write, play, and record. It’s an anchor of sorts.

All the old timers like Woody Guthrie, Cisco Huston, Howlin’ Wolf, Mississippi John Hurt. There is so much honesty in their music. I don’t think they played because it would make them rich or famous or because they thought somebody might like it. They just played and their sound is completely uncorrupted as a result.

Which of your songs is your favorite and why?

Of the ones out there at the moment I think ‘Come On Sunshine’ is my favorite. I like how the lyrics came out on that one. They are very hopeful and yet there remains a sense of sadness about them. I like that.

There should be an EP out early in the new year and a tour of Canada is being booked for February -March, hopefully including the Folk Alliance Conference out there. In the mean time we’ll be putting out plenty more videos and songs and other interesting things.

I’ve just done a Christmas song with a girl called Carmen who should be getting a lot of attention in the new year.  She’s got a great voice, very musical. I like The Lumineers. You could always check out Ben Andrews too…