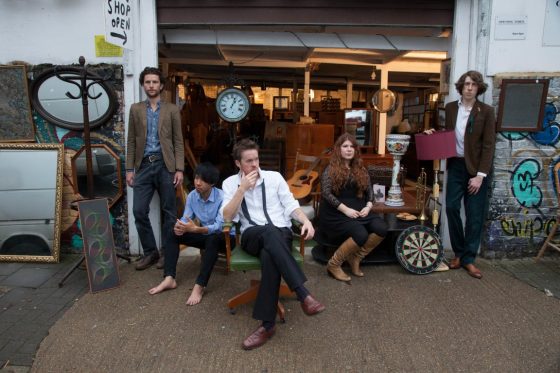 Ahead of the release of their debut album early next year, welcome to the second instalment of a five-part confessional from members of Patch & The Giant as they admit to past crimes of the light-fingered variety, and offer up a short playlist. Third up, Gabriel…

The title of our debut album is All That We Had, We Stole and we thought it would be fitting to include in the artwork a few things which we have actually stolen over the years. It wasn’t our intention to create a reputation as a kleptomaniac group of musicians but perhaps the things which we chose to steal – and why – will give a new insight into each of us. To make you like us a little more and judge us a little less, we’ve each created a playlist based on the stolen item, stealing or whatever else our minds are harbouring.

Thanks very much to our good friend Graham Treadwell for the sketches.

I stole a birthday card from a garage one night, I don’t really know why. I swear I’m a good citizen, but the urge just took me. I was quite drunk and I think I just wrote offensive messages in it and gave it to Angie. Three months probation plus community service and I’m going strong again, it’s good to be legit. These are a few songs along the theme of birthdays, cards, theft and remorse. 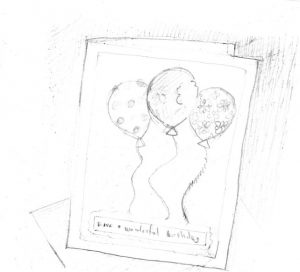