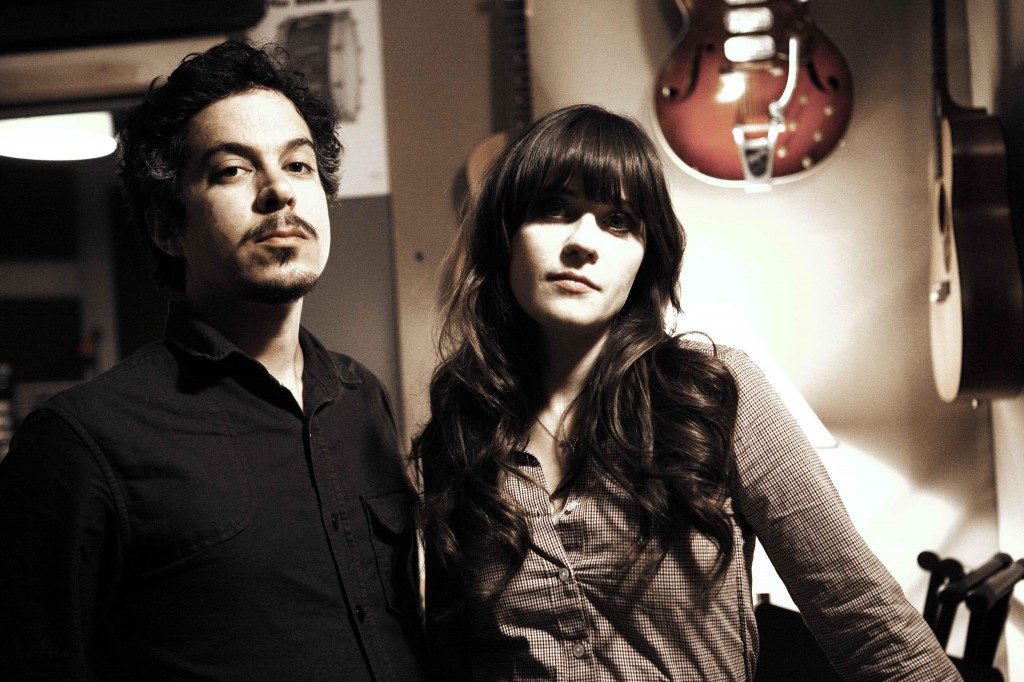 A smorgasbord of motion picture magic for you here including Charlotte Gainsbourg & Beck – Heaven Can Wait, She & Him – Why Do You Let Me Stay Here?, Left With Pictures – Constantly, Broken Bells – The High Road and Kate Bush – Babooshka

Charlotte Gainsbourg’s creepy isn’t she? Okay…. disconcerting then? You certainly couldn’t have a normal conversation with her. Not about train times or where to find a good haberdashery or your love of Wensleydale with cranberries. Anyway, this song is ace – very Beck-ish.

So that Charlotte Gainsbourg single was very much NOT a cover of this song, which I thought it might be when I heard the title. This track is cheesier than I remember but my 12-year-old self could be found singing along to it in the mirror on many an occasion, so it still holds a certain charm for the much older version communicating with you now.

Staying on the actor-singer theme: Zooey Deschanel’s awesome. Here’s ‘Why Do You Let Me Stay’ Here from the debut album by She & Him – Zooey’s collaboration with M Ward. It’s just about the most wonderfully retro thing FFS has ever seen. Some disobedient person has put up a video with the audio of ‘In the Sun’, which is the first single to be taken from She & Him’s 2nd album, Volume 2. The single’s out on 15th March, followed by the LP on 5th April.

The first track from the Left With Pictures In Time series (read more about it here). You can also download the mp3 here. If you enjoyed that (and why on earth wouldn’t you’ve?) you can catch the band playing with The Laurel Collective at The Stags Head, Dalston, London on 6th February for free.

We love love love the Shins at FFS HQ so it’s just mega exciting that James Mercer is back in any incarnation. Teaming up with Dangermouse in 2009 Mercer formed Broken Bells. The High Road is the first track to be released from their album, due on 8th March.

Helen was perusing the YouTube the other night for old Kate Bush videos. When I asked her which was the best she said: “Babushka. AMAZING AND INSANE.” Succinct, but I think you’ll agree she gets her point across. Have a gander above at the marvelous loon.