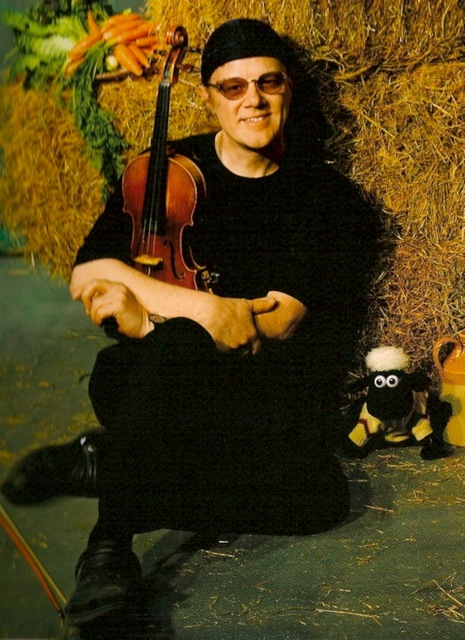 Four weeks into their trip around the UK, Ric Sanders gives his perspective on the Fairport tour, paying particular attention to Travelodges, boxes of carrots, and wearing carrier bags on your head. And you thought last week’s blog was strange.

Before a tour starts I’ve usually spent some time in recluse mode, not venturing out much from my dimly lit, low carbon footprint dwelling in the folk rock belt. So it’s always a bit of a shock to realise that 5 weeks lie ahead with a show nearly every night.

But by the end of the first day I’ve already switched to tour mode and remember how much I enjoy doing this touring lark! In fact being on the road can be quite relaxing, as you’re taken away from all the things you’ve been meaning to do at home, and instead you adjust your life to the bus/soundcheck/show/Travelodge cycle.

In the old days I would have said “hotel” instead of Travelodge. We used to stay in a variety of different places, and I particularly liked the quirky seaside hotels, which would often feature a little bar that you could go back to after the show for a nice quaff and a look at the faded photos on the wall of previous showbiz types who’d stayed there, acts with names like “Ray and Madge Lamar, Aristocrats of Dance”.

But those days are sadly long gone, and it’s Travelodge tours for us now. But they’re OK once you get used to them, and the fact that the rooms lack interest is compensated for by the fact that you know exactly what you’re getting – a bed, telly, kettle, shower, and heater.

No telephone, but who needs a hotel telephone these days? I do find it advantageous, though, to have a Travelodge survival kit to help me through. As my diet these days is not just vegetarian but mostly vegan, it’s good to have a selection of fresh and dried fruit, a box of carrots, some herbal and green tea bags, and, most important of all, a flask of Jack Daniel’s. 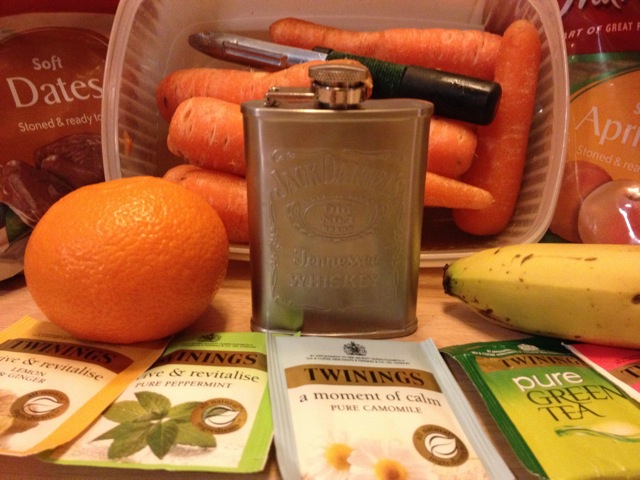 In Weston-Super-Mare the Travelodge must have been full, and we found ourselves going a bit up market and booked into a Premier Inn. After the initial disappointment of not being met by Lenny Henry we settled in cheerfully and looked forward to a good night’s sleep.

The next morning I received a text from our indomitable, unassailable, indefatigable, unflinching, lionhearted, valiant, intrepid, fearless, and ever resourceful tour manager Mr Mick Peters. The man is a walking thesaurus!

Knowing me to be into hats, and ever on the look out for a new one, Mick sent me a photo of him wearing the cardboard advertising thingy that Premier Inns put over the corner of their pillows. 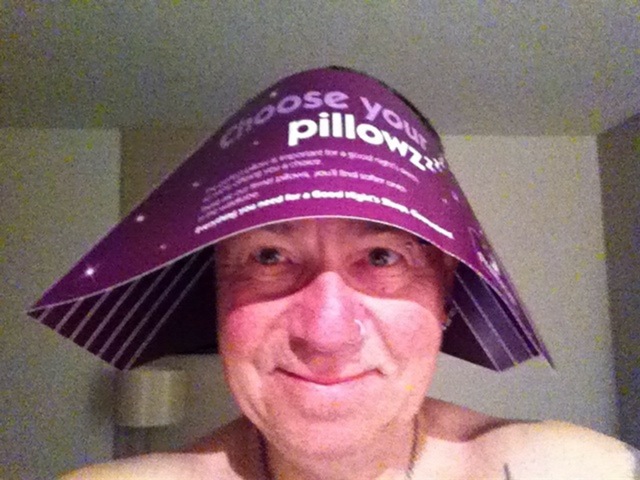 I immediately adopted the look, and further discovered that if worn a certain way, the cardboard advertising thingy could be used to do Darth Vader impressions! 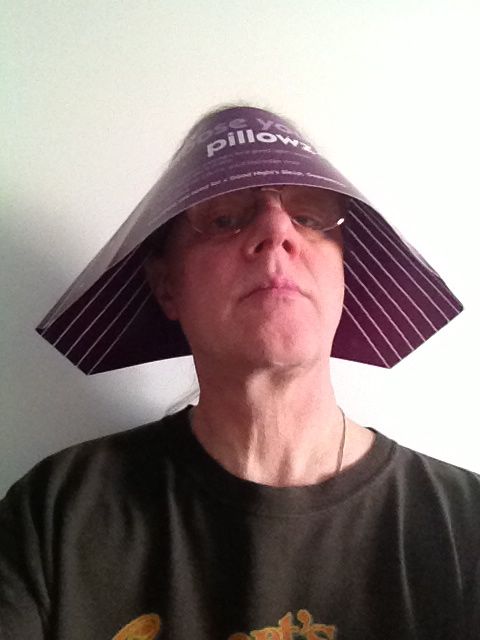 Chris is also into hats and was delighted to discover (in Farnham) that one of the big supermarkets was giving away free hats. The best thing about Morrisons of course is that it’s the only supermarket to be named after an Ashley Hutchings album! 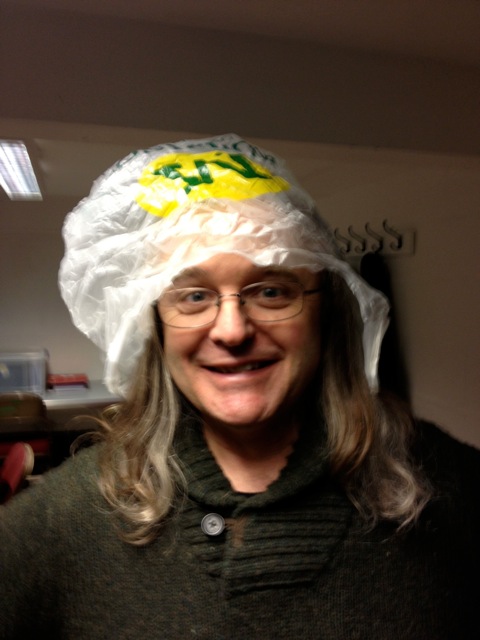 My favourite part of the day is right after the concert when we go front of house to meet everybody. A Fairport gig is truly a meeting of friends. The set we’re playing was put together by Chris, and I think he got the balance of old and new material bang on – you all seem to be enjoying it and that makes us happy.

You know, I think that every tour gets more special to me, and every year I’m more than ever aware of how lucky we are to have this job of travelling up and down the country playing music to our Fairport pals. It really is a privilege, and I don’t take it for granted. Thanks to all of you who’ve come to share our music and company. And thanks to you all for laughing at the jokes – that shows what a kind audience you are!

For instance you’d open the tin of Quality Street and all the Caramel Swirls (yellow wrapper) would be gone. One night after the show when Mr Mick was driving us home all was quiet in the back of the bus. It was a long drive home, the lights were out, it was pitch black, and most of us were nodding off.

Then I became aware of the sound of quiet munching, but where it was coming from I couldn’t tell. Stealthily I reached for my iPhone and, pointing it into the darkness, took a flash photo. And so the culprit was revealed, and the mystery of the disappearing chocolates and biscuits was solved! 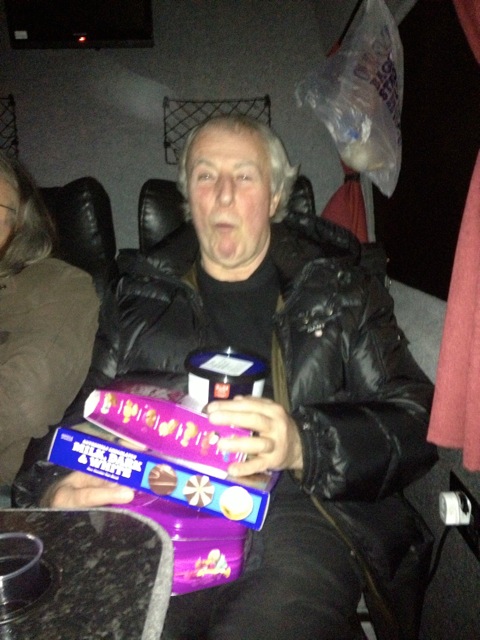 We honestly don’t know what we’ll do when these wonderful men stop blogging for us. If you fancy catching them live, there are a few dates remaining, including a climactic show at the very beautiful Union Chapel, which we’ll be reviewing. We hope they’ll all be wearing their hats.

If you want more where this came from, catch up with: