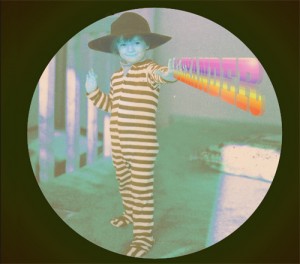 The ‘Solo Career’ section of Alexander Ebert’s Wikipedia page states simply and coolly: “In 2010, Alexander began to dabble with a solo career.” Imagine this line as the last of a movie trailer – the line that tells us all else is prologue.

The new album, self-titled Alexander, is not necessarily better than 2009’s Up From Below by Ebert’s Edward Sharpe and the Magnetic Zeros, but it does have a greater sense of direction, of homecoming even. If the Magnetic Zeros were messing around on the ocean, this is like coming back to Penelope – it’s an album that people will stay with.

Why? Because it’s more personal, the sound is more direct and instrumentation sparser. It makes us listen a bit more and gives Ebert’s voice more to do. He uses these constraints to create an instant, old-fashioned classic of seaside pop but with all sorts of world music flavours. It somehow finds a vernacular quality that is common to both a Kenyan choir and to Blackpool pleasure beach and delivers it with swing and a toothy smile.

I still worry (as I did with the Magnetic Zeros) that Ebert can be a writer of style rather than substance. This is like an ochre pallet postcard – the colours are amazing but sometimes the picture could be of any old harbour. But it’s a postcard from an old friend, the sort you just wouldn’t throw away – because it is rich enough to have a simple sense of home.