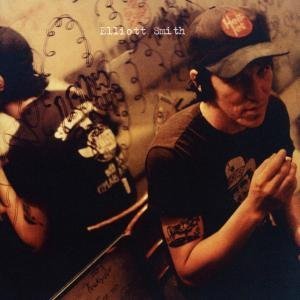 Every decade is peppered by a select number of albums in which all their composite elements are in perfect harmony. In these the texture of the music is perfectly married to the tone of the lyrics and the timbre of the vocals. Elliot Smith’s Either/Or is one of these albums.

From the opening of ‘Speed Trials’, to the albums closing track ‘Say Yes’, Smith lulls the listeners into his beautifully despondent world. It’s personal, but that’s the beauty of the album. One is made to feel as though they are sitting in Smiths bedroom as he plucks songs from within himself and paints them forever onto our consciousness. It’s never uncomfortable, but frequently heartbreaking, and the record is a treasure that Smiths angelic voice unwraps in each of its 12 songs.

Conceived during a period of intense mental trauma for Smith, which saw a failed suicide attempt and a short lived stay in a psychiatric ward, Either/Or betrays remarkable coherency. Every song is a standout track and that’s the strength of the album. It sees Smith graduating from the brilliant and sensitive composer on Roman Candle and Elliot Smith to a truly towering songwriter.

Grading this album is torturous, as to call it anything less than perfect seems like betrayal, so that’s precisely what I term it. Despite perfection being a goal rather than a destination Either/Or is an album that is so good it transcends the singer/songwriter genre to become an album that anyone will adore and to me that is perfection.