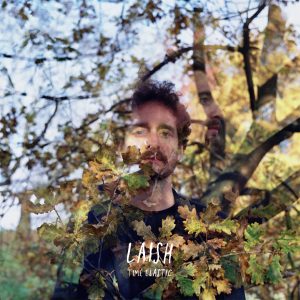 There are, sometimes, artists and bands you are lucky enough to grow with. Laish has been one of those, to me, and I am grateful for it.

Daniel Green was born, musically, in the Brighton scene that sprouted the Wilkommen collective. He was Sons of Noel and Adrian’s drummer, and this is an important feature of his songwriting. His proficiency with rhythmic signatures lets him navigate through different styles, in a way that eludes most of his contemporaries. Time Elastic is perhaps the most significant proof of this, and it almost sounds like another step in the quest for the perfect pop record.

The consistency of his production and its steady pace throughout the years (now at the perfectly on-par score of 4 records in 8 years) brings to mind a quest. His music has progressed to a increasingly classic form, in this case reminiscent of the subdued, contemplative allure of Andy Shauf’s The Party, with a lot of gently intruding orchestral arrangements (the enthralling, romantic duet with Kristin McClement in ‘Love is Growing’ is an example).

The record feels like one of the most ambitious, and maybe most emotional, Daniel has ever released. Sometimes this is due to more personal narratives, which infuse some degree of bitterness and sarcasm into the songs (‘University’, ‘Dance to the Rhythm’). But there is also a more pronounced existential signature (‘Time Elastic’, ‘I Would Prefer Not To’, ‘Blink of an Eye’). Perhaps more than ever, every song has a distinct identity and some memorable refrain to boast, which reward the faithful listener, as in the slow-burner ‘Sand is Shifting’. Solo, guitar-and-voice, numbers are still a trademark of the house but the excursion between styles and genres in Time Elastic is broad in scope: Nashville-style Americana in ‘Listening For God’, Belle and Sebastian indie-pop in ‘University’, 90s power-pop in ‘Dance to the Rhythm’, and so on.

There is a vitality to the songs that is characteristic of Laish’s songwriting which makes them unpredictable and alive. There is also a new intensity to Daniel’s songwriting, which is a notable feature of Time Elastic, which ends with the explosive orchestral crooning of ‘The Fox’. There is also a greater personal investment to his songs, and this generates new sparks for his music.

Sound and production act as contrasting forces, imposing a general restraint that leads to a slight dissatisfaction with the record. You can feel the strain in Daniel’s voice, but not in the arrangements, so to speak. This is a record that leaves one wanting, but also in the sense that it clearly feels that, well, the quest is not over.