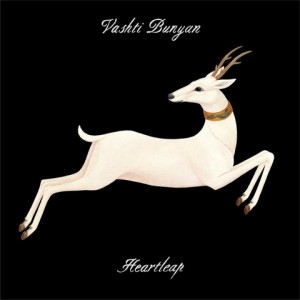 Vashti Bunyan’s more than 30-year absence from popular music was almost as epic as Bill Fay’s. His numbered 41 years between albums. Vashti returned in 2005, 35 years after her debut record. These are certainly facts and cases worth examining. Perhaps victims of the brutality of the music industry, at a time when Nick Drake was making music and being scarcely noticed (of course, it took his death at 26 years of age and the slow passing of the years for folks to realise that that young man possessed genius), The Beatles and Dylan were both making an incredibly speedy artistic and stylistic evolution, and it was easy to fall by the wayside. The story of Rodriguez might also fit alongside these guys. Maybe it was easier to be noticed and signed back then (and maybe not), but it was hard to forge a career that lasted.

Alas, the void of time has not swallowed these acts into oblivion. Something has brought them back to the attention of the public so many years later. Listening to Vashti Bunyan, now in her late 60s, sing on her latest and somehow only third released studio record it isn’t hard at all to see why this music is reaching ears again. The clarity and wonder of this lady’s voice has certainly not been withered by the years and maintains a piercing focal point for the songs. It’s stunning, beautifully composed, orchestrated and delivered. There is little more that could be asked. It’s delicate, quaint, like quiet English days and solitude, perhaps autumn, all too aware that winter is approaching, saying goodbye to life, ready for hibernation. The leap of the heart? Faith, hope, love, a return to something that perhaps only ever truly went away in the public’s eyes, but of course, always existed.

If you like folk music, the female voice, a singer-songwriter who has mastered her art, what she want to say and do, the gentle but heavenly tinkling of a piano, the picking of a guitar, delicious
song after song that whisk you away from reality to a much prettier and calmer place, one where there is no war, only peace, then this record is for you.

As for the songs, it’s all lovely, each note effortless but calculated, necessary and profound. The astonishing beauty of track three ‘Mother’ is a thing to behold, and will inevitably be an album highlight come the end, though the standard doesn’t dip over the entire 10 track journey. It’s a fascinating voyage and one that unravels powerfully over its course. It’s a little like the sound of the sea, relaxing you, hypnotising you, charming you, and the spell is cast.

It’s hard also not to appreciate the value and charm of having a cult following, such as this artist and the aforementioned ones, as that seems to possess a weight far greater than the commercial acts do. Having cult status would be something to strive for in the modern world of music and communication, as it means truly that people value and pine for what you do, how you communicate, what you believe in via your art, your life, your eternal expression. A small but intensely loyal following might just be the greatest an artist could have.

The music box notes at the end of penultimate track ‘Here’ once again seem like a perfect moment, which encompasses being a child, being cocooned by total warmth and love and having nothing left to want for. It’s sublime, utterly sublime. This record nobody would deny Vashti, it’s thoroughly deserved whatever her journey has been, it’s magnificently executed, and feels like the leaves of autumn falling outside the window are somehow twinned with the nature of these songs. It’s a perfect companion for these days, and beyond these days it certainly feels like a special album has been found. It’s music to inspire a whole crowd of strange followers and fans, but she just might remain a wonderful cult figure forever. There would certainly be nothing wrong with that, but let’s make sure not to let her slip away again. Whatever brought her back, just give thanks to the powers that you believe in.