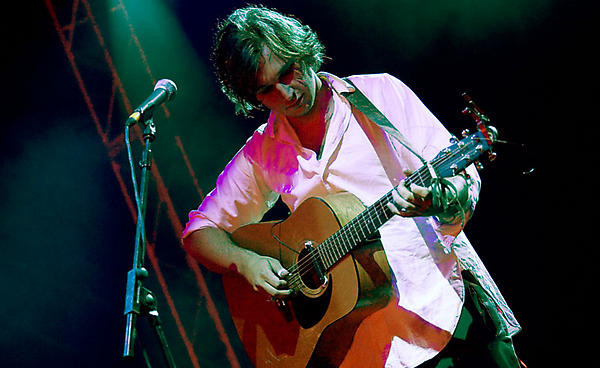 Perhaps being the most discrete and well-behaved festival we have ever attended, Bushstock nestles in cosily amongst London’s bustling Shepherds Bush Green and surrounding chicken shops, pubs and Greek falafell take-aways. In fact it is the reality of the loveliness of the get-together that makes it so unique.

St Stephen’s Church is very much the fulcrum of the day’s events with plenty of exciting new talent performing in front of an attentive congregation.

Annie Eve’s Mazzie Star esque sultry fuzzy breeze washes over us as she and her band wind their way through their EP ‘Becomes Unstoppable’.“I keep zoning out!” remarks an members of the crowd, more of an observer than a participator at this stage.

Next is newcomer Sivu, with his tracks ‘God Speaks in Tongues’ and ‘Better Man Than He’ attracting joyous attention from the blogosphere. The man puts 110% into his half an hour performance, his face straining with every sinew which is complimented by his glamorous string quartet. God and religion dominate Sivu’s consciousness so seeing him in a church is a bit of a thrill!

St Stephen’s has the strongest line-up of the day, perhaps not surprising as it’s beautiful stained glass windows with gleaming sun filtering through, aesthetically pleasing architecture and humble pews shine all the attention onto the artists- just how it should be.

We wind down to Shepard’s Bush Green in the afternoon and pay a trip to Ginglik, an underground bar that will host the Bushstock afterparty later. Youthful rockers ‘As Elephants Are’ play to a busy and expectant crowd and although their music isn’t doing anything new, they are tight and listenable. Think Bombay Bicycle Club, Editors and The Macabees. “You’ve given us a real lift Bushstock!” they say to a busy and involved crowd. 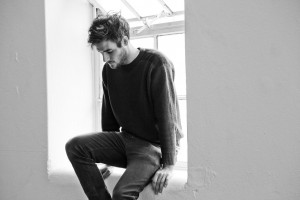 As the revellers begin to settle in nearby pub and venue Defectors Weld, acoustic front-man Roo Panes takes to the tiny stage. At least 80% of his audience are young women hoping to make a thrilling connection with the Burberry model/singer. Or he would probably prefer singer/model. Later he confides in us, “I find playing gigs quite lonely.” Perhaps something to show he’s just not a pretty face, but that is a great line to deliver to the ladies who literally queue to see a-glimpse of him. His music is good, heart-felt yet distanced in the line of First Days Of Spring. Indigo Eyes is also particular highlight.

As Roo Panes relaxes after what must have been an intense half an hour under the watchful gaze of more than 30 women, Marika Hackman enters the stage. Slightly stressed, she plays all her songs from Ep That Iron Taste acoustically, and remarks “That was one of the toughest gigs I’ve ever done!” Her and Roo Panes have certainly more than done their bit to settle a buzzing bar more interested in doing vodka shots than the music. A complete contrast to the mood at St Steven’s. 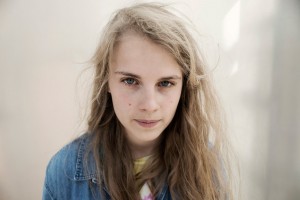 As the evening approaches we are treated to a stripped back Scott Matthews set.   Smoothly meandering through ‘Eyes Wider Than Before’ and ‘Elusive’ the English song-writer has conjured up quite a following since his first album Passing Stranger in 2006. Support slots for Rufus Wainwright and Robert Plant and Allison Kraus’ Raising Sand tour proves he is held in high regard in folk and rock royalty. “Good evening, you dynamic, sexy London audience” he purrs after a particularly rapturous reception from the crowd.

Today he is effectively supporting Willy Mason, another folk star in the vein of Conor Oberst and Bob Dylan. Oxygen may be my song of the year, such is its timeless, universal message and excellent melody. A packed St Steven’s Church is left absolutely transfixed by Mason’s unique performance, the sun setting as he plays out final stomping track, I Got Gold to an audience on its feet, clapping and singing the night away.

Yet again, Bushstock never ceases to keep every festival-goes satisfied for another year running. With the music continuing late into the night, it gives one a sense of the raw passion these people have for music; both those that deliver it, and those that merely come to hear it. This festival remains one of London’s most well-kept secrets, and with it’s ever-increasing popularity, we’re all somewhat scared it won’t remain a secret for too much longer.