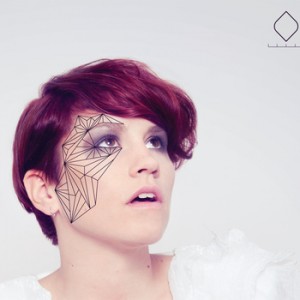 This self-titled EP from Anna Lena & The Orchids is full of doomy beauty; they cite influences as diverse as PJ Harvey and Grizzly Bear, but ‘See It In Black’ reminds me of Radiohead, in that its creepiness shrouds an underlying ear for a great tune. It’s dark in a seductive way, like Nancy Sinatra’s ‘My Baby Shot Me Down’. Anna Lena has a powerful voice, knowing where to push forwards and where to rein in, both forceful and delicate; the unease of ‘View of My Sanity’ is mingled with major keys that disperse the fog and let a bit of light in. The versatile, dramatic voice might appeal to fans of Anna von Hausswolff, the shadowy, spindly elements to fans of Daughter, though Anna Lena is different from both and, in some ways, easier to take; she works the difficult parts of her songs around rousing choruses.

The lyrics to ‘Miss Audrie’ could be twee in other hands (“The flowers smell like me, they are my friends and so are the bees”), but this is a tale about reinvention; Miss Audrie is a magical persona or protective spell. ‘Six Wheels’ is a gothic journey, full of rousing drumbeats. There can be a feeling of pushing buttons for effect, the darkness knowingly theatrical, but this is no damning thing; it’s a matter of channeling it with conviction, rather than just striking a pose. This promising work suggests Anna Lena & The Orchids could be the real thing.