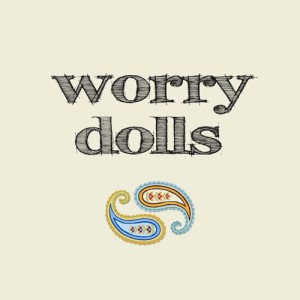 Like fish without chips or Wallace without Gromit, when listening to Worry Dolls its hard to imagine what Rosie or Zoe might have sounded like as the two solo artists who met at the Liverpool Institute for Performing Arts and quickly combined forces. This is a partnership that seems so natural, so much more than a sum of its parts, that it doesn’t seem like one could have functioned fully without the other (although, like Gram before Emmylou, we’re also happy to believe they were doing just fine).

Yet part of the magic they create together perhaps comes from the dynamics of approaching their relationship as individuals, their vocals combining and competing in equal measure to drive the sound forward. The power of that combination, along with a strong rhythm section ensures that songs driven by banjo, mandolin, guitar and banjulele (a word I can’t stop saying) never veer towards twee.

Their work to date has a clear sense of direction, this EP telling the story so far of leaving home (‘Drive’), growing old (‘Polaroids’) and making the leap to London to pursue their dreams (‘London’), and their sense of their own roots is reflected in the decision to head back to Liverpool and record it at the George Martin Studio. It sounds to us like the start of a beautiful story.